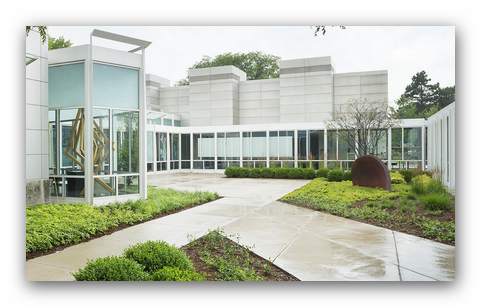 Elmhurst Art Museum is excited to announce a solo show including new work by Chicago artist, Hebru Brantley. Brantley is known for his public art commissions such as ‘Chi Boy’ on S. Wabash and his murals for the CTA Green Line station that serves McCormick Place, for which Brantley was commissioned to create eight panels. Jay-Z and Beyoncé, Mayor Rahm Emanuel, the Pritzker family, LeBron James and George Lucas are among his fans and collectors.

Brantley’s 2016 collaboration with Chance the Rapper, in which he provided animation and art direction for the video, ‘Angels’, caused a sensation in what the Chicago Tribune called “the ultimate love letter to Chicago.” Brantley’s recent exhibition in Miami Beach (2016) “Theories From the Low End” reinterpreted modern folklore by inserting black superheroes into American comic history. Brantley's 2014 solo show at the Chicago Cultural Center ‘Parade Day Rain’ explored celebration and disappointment through a multimedia installation which included a full-sized parade float and colossal sculptures suspended from the ceiling.

His work has been featured in Crain’s Chicago, Billboard Magazine, The New York Post, The Seattle Times, The Chicago Tribune, The Chicago Sun-Times, Hi Fructose and the Chicago Reader. He was selected as a "Breakout Artist" by New City and as a featured artist for Chicago Artist Month.