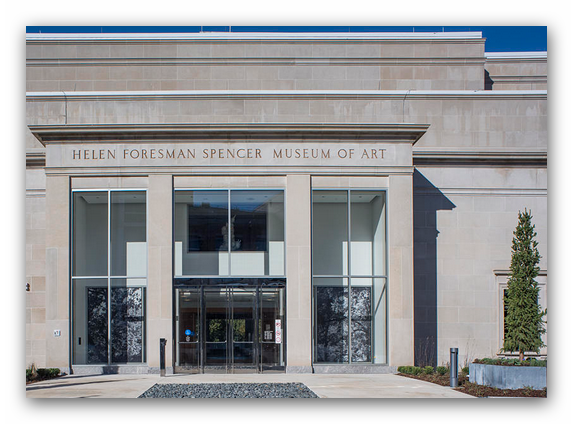 Separate and Not Equal: A History of Race and Education in America

Spencer Museum of Art at the University of Kansas

This exhibition explores the charged history of racial discrimination and disparity in American education using powerful works from the Spencer Museum’s permanent collection.

Separate and Not Equal charts important moments during more than a century of shifting educational policies that specifically targeted Native American and African American children and their families, from the passage of the Indian Removal Act of 1830 through the 1954 Supreme Court decision in Brown v. Board of Education and its immediate aftermath.

Historic works, such as beaded objects made by students in American Indian boarding schools or evocative prints of local African Americans from the Lawrence area, directly attest to the experiences of Native Americans and African Americans during their long struggles for public education free from constraint and discrimination. Contemporary pieces, such as photographs from Civil Rights–era protests or ceramic basketballs that comment on current assimilation practices, speak to the difficult dialogues about racial disparity in American schools that remain ongoing.