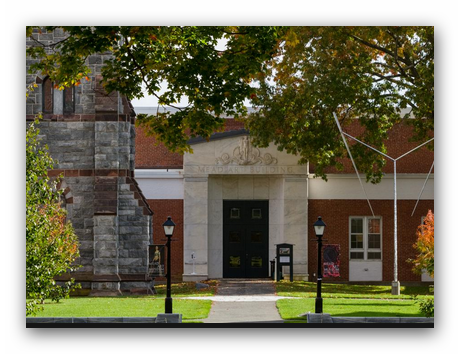 Discover Ezawa’s recreation of Vermeer, Rembrandt and a total of 13 masterpieces that went missing in the still unsolved art heist at Boston’s Isabella Stewart Gardner Museum.

This exhibition in the Mead’s historic Rotherwas Room features representations of 13 artworks stolen from the Isabella Stewart Gardner Museum in Boston. More than 25 years ago, on March 18, 1990, two thieves posing as Boston police officers stole these works in the middle of the night. In his Gardner Project Revisited, Kota Ezawa has given the disappeared Gardner artworks new life in the form of dynamic and colorful drawings set in glowing light boxes. Included are Ezawa’s unique cartoon-like versions of paintings by Vermeer, Rembrandt and Manet, drawings and sketches by Degas, and a single antique Chinese vase. These stunning 21st-century reimaginings are displayed to scale in the 17th-century woodpaneled Rotherwas Room, along with an image of an empty frame left behind after the theft and Ezawa’s six-minute animated film of the security tape recorded the night before the largest unsolved art heist in American history.

Rotherwas Project 2: Kota Ezawa, Gardner Project Revisited is part of the second installment in a new exhibition series at the museum. Mead Reimagined immerses audiences in the dynamic relationship between contemporary and historic work with new gallery rotations in recently renovated spaces, offering a fresh perspective on the college’s art collection.