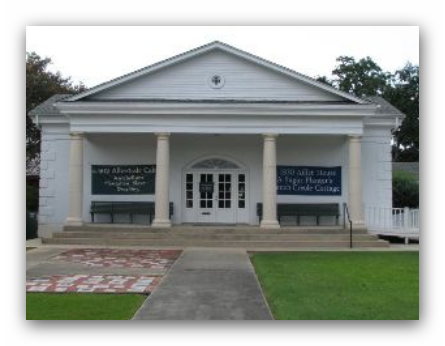 A panel version of the powerful and poignant traveling exhibition “Purchased Lives: The American Slave Trade from 1808 to 1865” will be coming to the West Baton Rouge Museum on February 17 through March 31. “Purchased Lives” examines one of the most challenging eras of U.S. history, the period between America’s 1808 abolishment of the international slave trade and the end of the Civil War.  During this period an estimated two million people were forcibly moved among the nation’s states and territories. The domestic trade wreaked new havoc on the lives of enslaved families, as owners and traders in the Upper South—Maryland, North Carolina, Virginia and Washington, DC—sold and shipped surplus laborers to the developing Lower South—Alabama, Florida, Louisiana, Mississippi and Texas. Many of those individuals passed through New Orleans, which was the largest slave market in antebellum America.

The exhibit features reproductions of period artifacts such as broadsides, paintings and prints illustrating the domestic slave trade, as well as ship manifests, financial documents and first-person accounts conveying the trade’s reach into all levels of antebellum society. Large-scale reproductions of post–Civil War “Lost Friends” ads depict the attempts of former slaves to reunite with loved ones, even as much as 50 years after the war.