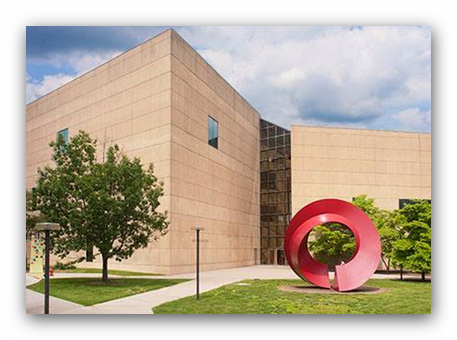 Sidney and Lois Eskenazi Museum of Art at Indiana University

One hundred years ago, in April 1917, the Society of Independent Artists in New York refused to display a urinal, turned on its back and signed "R. Mutt," in its annual exhibition. Fountain, by the Dada artist Marcel Duchamp, subsequently became one of the most influential works of the twentieth century. Although the original Fountain was lost, it was recreated in 1964 when Duchamp supervised the production of a replica edition of his most important early works. The Eskenazi Museum of Art is one of only three museums worldwide holding a complete set of the 1964 edition of Duchamp's Readymades. This installation celebrates the Readymades, with special emphasis on Fountain. Works by artists inspired by Duchamp's radical artistic vision—Man Ray, Joseph Cornell, and Lucas Samaras—will also be on view.