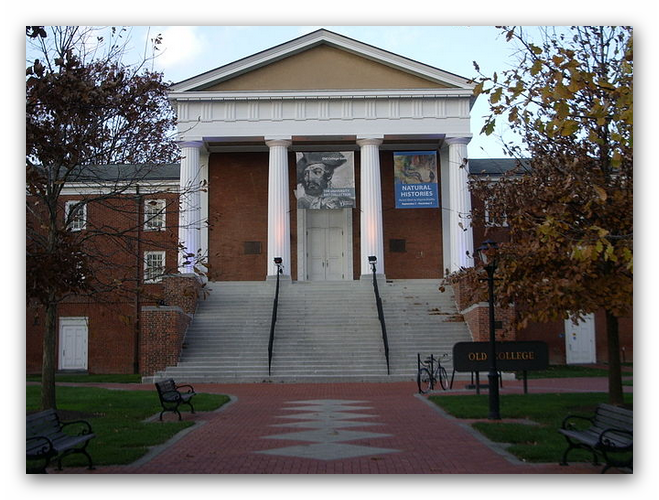 American Graphic: Picturing Social Change in the 1920s and 1930s

In the 1920s and 1930s, American artists mobilized the media of printmaking and photography to capture the changing realities of modern life and to communicate with wider audiences. This exhibition, [....] drawn from the University of Delaware collections, highlights artwork that engaged with economic, political, and social issues in the time of the Great Depression and President Franklin Roosevelt’s “New Deal” relief and recovery program. Most of the twenty-three artists included worked for the United States government as part of agencies such as the Farm Security Administration and the Federal Art Project. Many were politically active in liberal and leftist causes. All questioned the role of the artist in society and debated which styles and subjects could most effectively speak to a broad public. In the four interrelated sections of the exhibition—Machine Age Environments, Street Life, Prints for the People, and Documenting America—we see the richness and variety of the artwork that charted interwar America in black and white.

Berenice Abbott and Louis Lozowick were two of the most influential artists grappling with the dramatic transformation of America’s built environment during the Machine Age. Photographs from Abbott’s project Changing New York and eight lithographs by Lozowick register the scale and complexity of skyscrapers, bridges, power plants, and the elevated train. Printmakers Isabel Bishop and Mabel Dwight discovered unique subject matter in increasingly crowded and diverse urban spaces. They brought keen observation and humor to imagery borrowed from daily life in order to interest new viewers in their work. Other artists employed by the government’s Graphic Arts Division created overtly political prints in hopes of shaping popular opinion and official policy on some of the most pressing issues of the day: unemployment, workers’ rights, racism, and the rise of Fascism in Europe. The exhibition also features the photographs of Walker Evans and Dorothea Lange, Farm Security Administration employees who crisscrossed the country to chronicle rural and industrial living and working conditions. Appearing in newspapers, reports, magazines, and traveling exhibitions, their indelible images “introduced Americans to America.”

Whether or not you go, When Art Worked: The New Deal, Art, and Democracy delves into what artists and their work did for the United States during the Depression, thanks to New Deal initiatives. This masterfully produced book focuses on the consequences of the art and architecture created and its efficacy in enhancing the nation’s sense of itself during this debilitating time. With an astoundingly high unemployment rate in the country—at 25 percent—New Deal policies provided food, work, and, with the aid of art, hope grounded in common purposes. Art became a vital tool in rallying pride, illuminating common necessities, arousing an awareness of the suffering of people, and drawing attention to the need for natural resource conservation. This had an indelible impact on public policy. New construction and renovations of post offices, schools, and government buildings reinspirited communities. When Art Worked also focuses on the objectives of the leaders who shaped the New Deal programs, and features some of the era’s most remarkable achievements. The text is accompanied by approximately 450 rarely seen or published color and black-and-white illustrations and newly commissioned photographs of some of the incredible works produced

When Art Worked: The New Deal, Art, and Democracy