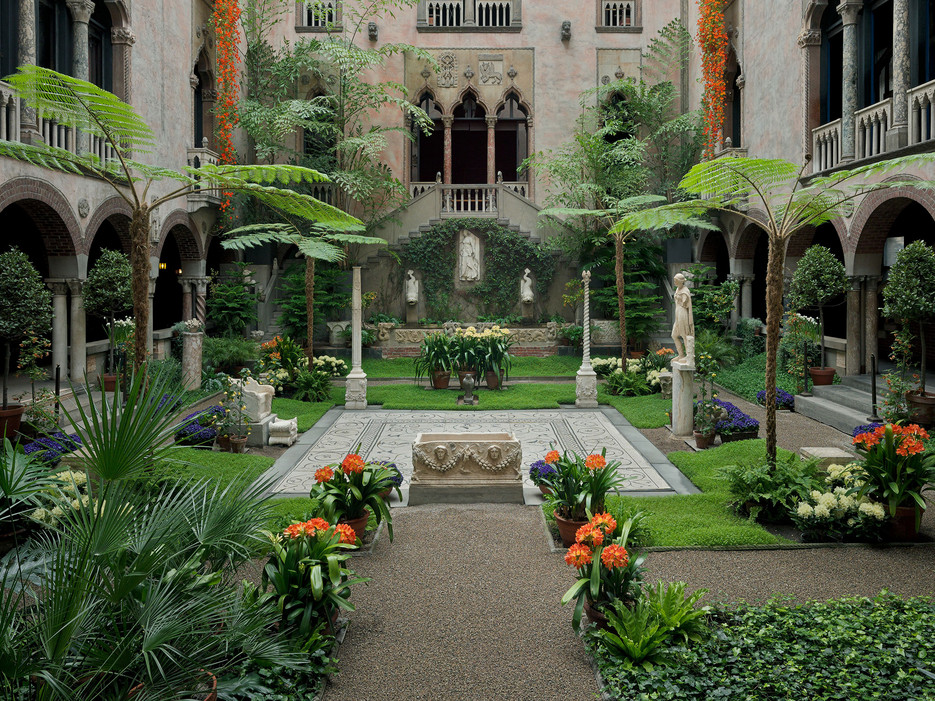 Henry James’s perceptiveness about American and British upper‐ and middle‐class social and artistic life was unmatched by any other writer of his generation. Evoking the colors and textures, the shapes and tastes, and the blend of physical and psychological impressions of the turn of the century, his fiction reflects a painterly sensibility deeply rooted in a life-long, often passionate, relationship with the visual arts. Henry James and American Painting is the first museum exhibition to explore the fascinating intersection between James’s friendships with expatriate American artists and his literary work.

While James decided early on that the pictorial arts were not to be the arena in which he would work, throughout his life he developed close and lasting friendships with many of the most important American artists of his era. Never assembled in this context before, some sixty works—paintings, drawings, watercolors, sculptures, photographs, manuscripts, letters and printed books from two dozen museums in the United States and Great Britain—will be exhibited together at the Morgan to highlight these connections.

Nearly 50 works by some of the leading artists of the late nineteenth and early twentieth centuries, all of them in James’s circle, will be represented, among them, John La Farge, John Singer Sargent, and James McNeill Whistler. James drew upon his friendships with artists and his knowledge of their production in much of his most important fiction. Henry James and American Panting encourages an exploration of the ways that these relationships helped motivate and mentor his literary education, and form his artistic and literary tastes.

Whether or not you go, Henry James and American Painting provides a refreshing new perspective on the work of a master novelist who was greatly nourished by his friendships with artists, revealing a James whose literary imagination seemed most at ease with the image, the nuance of light and shade, and the artistry of creating fully realized portraits of his characters. Novelist and critic Colm Tóibín joins art historian Marc Simpson and Declan Kiely of the Morgan Library & Museum to reveal how essential the language and imagery of the arts—and friendships with artists—were to James’s writing.

The authors consider the paintings, photographs, drawings, and sculpture produced by artists in James’s circle, assess how his pictorial aesthetic developed, and discuss why he destroyed so many personal documents and what became of those that survived. In examining works by figures such as John La Farge, Hendrik Andersen, and John Singer Sargent alongside selections from James’s novels, personal letters, and travel writings, Tóibín, Simpson, and Kiely explore the artistic and social milieu in which James lived and out of which he created his fiction. They also show him to be a writer with a painterly eye for colors and textures, shapes, and tastes, and for the blending of physical and psychological impressions. In many cases, the characters populating James’s fiction are ciphers for his artist friends, whose demeanors and experiences inspired James to immortalize them on the page. He also wrote critically about art, most notably the work of his friend John Singer Sargent.

Select Henry James and American Painting to place this book in your Amazon shopping cart.