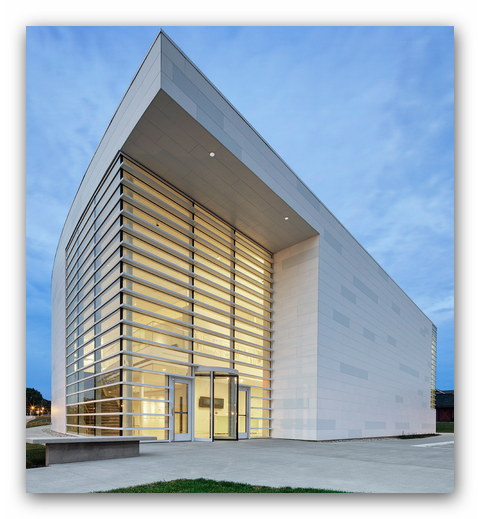 Charles Thwaites: An American Journey seeks to introduce a new audience to a rare twentieth-century artist who excelled at both realism and abstraction.

In the 1930s and 1940s, Thwaites was one of the most recognized artists in America with his paintings exhibited in many of the most prestigious galleries and museums. He was the go-to artist in Wisconsin for official portraits and executed four post office murals under the auspices of the WPA in the 1930s.

In 1954, Thwaites and his wife Antoinette moved permanently to New Mexico, where his realist style slowly transitioned to abstraction and Thwaites becoming a member of the “Taos Moderns” group. During the 1960s and 1970s, he concentrated on purely abstract work such as the stark black-and-white geometric series that was inspired by natural elements.

When he died in 2002, Thwaites’ name had faded from the Southwestern art scene, as it had in Wisconsin when he moved away. Now the Museum of Wisconsin Art has the opportunity to restore Thwaites to his rightful place in twentieth-century American art.

Whether or not you go, The Art of Charles W. Thwaites: Freedom of Expression describes Charles W. Thwaites (1904-2002) rise to prominence as a muralist and leading portraitist in Wisconsin out of the struggles of the Great Depression. An active exhibitor in hundreds of local, regional, and national art exhibitions, he won awards and critical acclaim from New York to California.

Thwaites began his career straddling the cultural demands for a truly American art while being lured to the formalism of European modernism and the freedom of expression it espoused. When he moved to New Mexico in the 1950s, he found camaraderie with the Taos Moderns, going on to create sophisticated abstractions that synthesized his personal response with universal emotions.

In this first examination of Thwaites' biography and oeuvre, examples of his Wisconsin and New Mexico paintings are put into the context of American art. Also included are numerous excerpts from his writings, which are profound observations on the meaning of art and the goals of an artist who authentically responds to his inner spirit.

Freedom of expression, underpinned by a disciplined study of nature, art history, and the self, were the raison d'etre of this artist who disdained being labeled or placed in a category. As he noted, "There are 1,000 ways to paint, why limit yourself to one manner? It is of no importance whether a picture is 'modern,' 'academic,' or what have you. Is it good art, is it bad painting, or is it just indifferent? To understand yourself--to understand your personal philosophy--is to understand your likes and dislikes in an organized way."

Thwaites is destined to be recognized as one of America's most skilled, colorful, and admired post-World War II modernists.

The Art of Charles W. Thwaites: Freedom of Expression