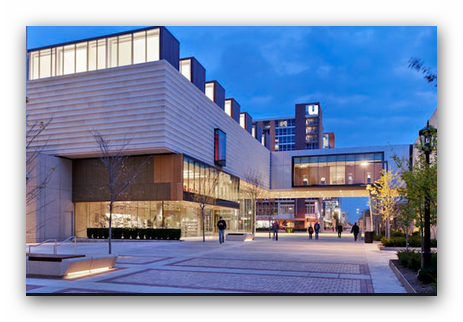 A UNESCO World Heritage Site, Mount Athos is a beautiful, wooded, and mountainous peninsula in northeastern Greece that constitutes one of the most sacred sites for Eastern Orthodox Christianity. It includes twenty working monasteries and their dependencies and a rich cultural heritage dating back as far as the tenth century. The exhibition, Holy Mountain: Icons from Mount Athos and Photographs by Frank Horlbeck, will showcase fourteen superb examples of contemporary icons including the mystical Transfiguration of Christ on Mount Tabor, set against a shimmering gold ground, a delicately carved Crucifix, and some fifty photographs taken by Emeritus Professor Frank Horlbeck, featuring breathtaking views of the natural landscape, monastic art and architecture, Orthodox liturgy, and daily life.

The exhibition offers a rare glimpse into an autonomous sacred enclave to which access is extremely limited. Although the mountain itself and many of its coastal monasteries are visible from the Aegean Sea, women and even female species of animals are legally forbidden entrance. Tradition has it that the entire peninsula was claimed by the Virgin Mary, and to this day she is the only woman allowed to enter this celibate monastic paradise, known as “Garden of the Panagia (“All-Holy Mother of God”). Only 100 Orthodox male pilgrims and a maximum of 10 non-Orthodox visitors are permitted to enter the Holy Mountain each day, and a special visa is required months in advance.

The exhibition was organized and researched by art history students in a curatorial studies seminar taught by Prof. Thomas Dale. “The seminar about this holy mountain offered nothing less than a journey through another world, so different from our own, and yet so wonderful,” said Matt Ferens, a first-year graduate student studying medieval and Byzantine art history. “The monks live to be like God, to be close to God, by their honest work in Mary’s Garden,” said Claire MacDonald, a fourth year undergraduate student majoring in art history and journalism. The exhibition attempts to convey something of this spiritual striving as well as the art, architecture, landscapes and rituals of the Holy Mountain. In addition to the photographs and icons, the atmosphere of the Holy Mountain will be evoked by the sound of Orthodox chant of Athonite monks and will include brief video footage of the liturgy. Slide projections will be on view in the Art History Curatorial Lab Space.