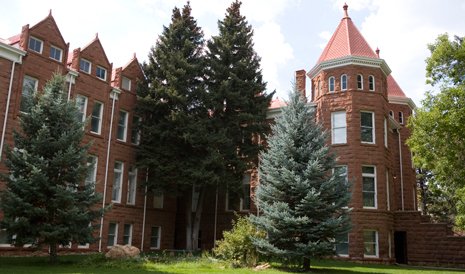 Stranger in These Parts: Recent Paintings by Tracy Stuckey

"The American West has always been as much an idea as a reality," notes George Speer, Director of the NAU Art Museum, "and Tracy Stuckey's paintings investigate the region as a 'brand' shaped by romantic images, as an imaginative territory embodied in iconic figures such as John Wayne and the Marlboro Man."

The American West, with its brief but often romanticized history has become a dominant characteristic of our collective American psyche. Because of its unique history, the Western United States is more than just a location, it is a label, a persona, and most importantly a cultural identity. The word "Western" is a category used to describe films, literature, music, art, and fashion. John Wayne, a Marlboro Man, and Monument Valley denote something uniquely American and iconic; and everyone from fashion designers to advertisers to pop stars use this imagery to sell not only products but also an idea. In my work, I use the cowboy and cowgirl and other stereotypical Western themes coupled with pop cultural depictions of the region to reflect my own interpretations of the contemporary West. I am interested in historian Michael Johnson's phrase, the "Ralphlaurenization" of the West and its characters.