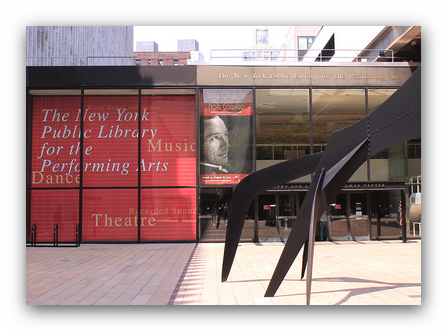 Curtain Up: Celebrating the Last 40 Years of Theatre in New York and London

The Society of London Theatre and London's Victoria and Albert Museum have partnered with The New York Public Library for the Performing Arts at Lincoln Center to celebrate the extraordinary story of the world's two greatest theatrical districts, London's West End and New York's Broadway in a ground-breaking new exhibition — Curtain Up: Celebrating the Last 40 Years of Theatre in New York and London.

Curtain Up celebrates the coincidence of two anniversaries of the biggest awards for commercial theatre: 40 years of the Olivier Awards in London and 70 years of the Tonys® in New York. By telling the story of the plays, musicals and productions that have won both an Olivier and a Tony Award, Curtain Up explores the craft and collaboration that creates spectacular international theatre. Visitors will be able to explore and interact with unique collections from both the V&A and The Library for the Performing Arts highlighting how the theatre districts of both cities have flourished and developed since 1976.

Highlights include costumes and masks from Disney's The Lion King; the original costume designs from The Phantom of the Opera by Maria Björnson shown alongside the costume worn by a recent West End Phantom; a celebration of the international hit, A Chorus Line; and the original set models for In the Heights, Arcadia, and War Horse. Film clips from notable theatre productions from the V&A’s National Video Archive of Performance (NVAP) and NYPL’s Theatre on Film and Tape archive (TOFT) are embedded throughout.