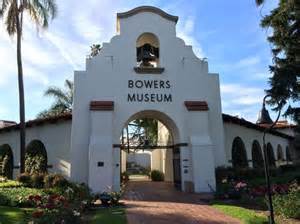 As She Liked It: The Shakespearean Roles of Madame Modjeska

In 1876 Madame Helena Modjeska, already a famous Polish stage actress, sailed across the Atlantic in search of the American Dream. Settling not far from the Bowers Museum, she eventually returned to the stage, preferring to showcase her incredible talent in Shakespeare’s most demanding roles.

This exhibition, As She Liked It, a play on Modjeska’s favorite Shakespearean work As You Like It, commemorates the 400th anniversary of the great playwright’s death through an exploration of Modjeska’s Shakespearean acting career.

As She Liked It uniquely tells the story of Modjeska’s phenomenal career as one of the greatest to ever perform on stage. The exhibition is entirely from the Bowers Museum’s permanent collection, one of the world’s largest collections of Modjeska artifacts. As She Liked It tells of Modjeska’s pride in presenting Shakespeare to Polish audiences for the first time, her drive to learn English in order to perform Shakespeare in his own language and her unique performance style that changed how theatregoers experienced the stage. Elaborate costume pieces, gifts given to Modjeska by her awestruck audiences, and an enigmatic painting of the actress number among the exhibition’s more than 60 objects that span across the time period from Modjeska’s early years as a stage actress in Poland; her arrival in Anaheim, California; her renaissance travelling the American theater circuit; and her final years in her Shakespearean dream home, Arden.