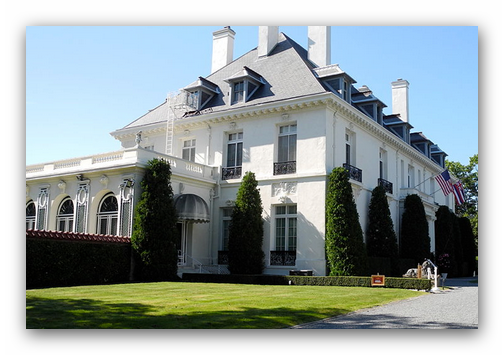 John Rogers (1829-1904) was born in Salem, MA. During the last half of the 19th century he was recognized as the preeminent popular artist of his time. Through his realist style, Rogers created reflections of everyday life in sculpture, just as Norman Rockwell subsequently painted on canvas. The NMAI is proud to display 29 unique John Rogers groups throughout Vernon Court.

Rogers had an early love of art, but his family hoped he would pursue a more traditional career. At the age of 16 he accepted a traditional apprenticeship in Boston, and would move through a number of jobs for the next 13 years. Finally, in 1858 Rogers travelled to Europe to receive a formal education in sculpting for one year.

Now 27, Rogers returned to New York City to open a production studio, beginning a full-time artistic career. Rogers wanted to create high quality, low-cost plaster casts of his sculptural “groups,” named because each sculpture usually contained two or more figures. By creating numerous casts of each piece, the cost remained reasonable, in the reach of middle-class Americans. In 1862, Rogers showed two of his groups at the National Academy of Design’s annual exhibition and was granted membership in 1863, a prestigious honor. Between 1860 and 1893, Rogers created 90 groups and those were reproduced as many as 100,000 times.

These groups generally fall into three categories: Civil War vignettes, everyday 19th century life, and theatrical scenes. During this time he employed up to 25 workmen in his New York studio. The process of reproduction began with a metal “master” sculpture, and a newly developed flexible gum mold process was used to duplicate it around metal armatures for stability. Delicate features, such as horse ears, were first cast in pewter and attached to the wet plaster statue, and lastly the whole statue was painted in a neutral color. By the 1890’s Rogers groups ceased to be fashionable and he sold the business in 1893. Sadly, he died nearly forgotten, in 1904.

Whether you go or not,  is generously illustrated and contains eleven essays on different aspects of his work (including its Neoclassical elements influences and the mass market it found). The book aims to bring Rogers's work to life for a new generation of admirers. John Rogers  is arguably the most popular American sculptor ever, selling over 80,000 small plasters, known as ""Rogers Groups"" over the course of a career that spanned the late nineteenth century. Rogers himself said, ""I want each group to tell a story,"" and these narrative sculptures carried on a deeply rooted popular American genre tradition that was established in the antebellum period by painters such as William Sidney Mount and George Caleb Bingham.  Contributors include Linda S. Ferber, senior art historian and director emerita, N-YHS; Erin Toomey, Jessica Fracassini and Leslie Ransick Gat, Art Conservation Group; Michael Clapper, associate professor, Franklin and Marshall College; Melissa Dabakis, professor, Kenyon College; David Jaffee, professor, Bard Graduate Center; Michael Leja, professor, University of Pennsylvania; Leo Mazow, curator of American Art, Palmer Museum of Art; Kirk Savage, associate professor, University of Pittsburgh; and Thayer Tolles, associate curator, Metropolitan Museum of Art.