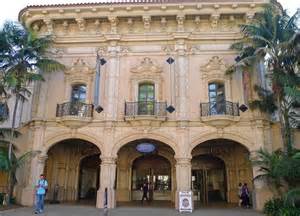 Genesis is a quest for the world as it was, as it was formed, as it evolved, as it existed for millennia before modern life accelerated and began distancing us from the very essence of our being. It is a journey to the landscapes, seascapes, animals and peoples that have so far escaped the long reach of today’s world. And it is testimony that our planet still harbours vast and remote regions where nature reigns in silent and pristine majesty.

Such wonders are to be found in polar circles and tropical rainforests, in wide savannahs and scorching deserts, on glacier-covered mountains and solitary islands. Some regions are too cold or arid for all but the hardiest forms of life, others are home to animals and ancient tribes whose survival depends on their isolation. Together, they form a stunning mosaic of nature in all its unspoiled grandeur.

Through these photographs, Genesis aspires to show and to share this beauty. It is a visual tribute to a fragile planet that we all have a duty to protect.

Whether or not you go, Sebastião Salgado: GENESIS is the result of an epic eight-year expedition to rediscover the mountains, deserts and oceans, the animals and peoples that have so far escaped the imprint of modern society—the land and life of a still-pristine planet. “Some 46% of the planet is still as it was in the time of genesis,” Salgado reminds us. “We must preserve what exists.” The GENESIS project, along with the Salgados’ Instituto Terra, are dedicated to showing the beauty of our planet, reversing the damage done to it, and preserving it for the future. Raised on a farm in Brazil, Salgado possessed a deep love and respect for nature; he was also particularly sensitive to the ways in which human beings are affected by their often devastating socio-economic conditions. Of the myriad works Salgado has produced in his acclaimed career, three long-term projects stand out: Workers (1993), documenting the vanishing way of life of manual laborers across the world, Migrations (2000), a tribute to mass migration driven by hunger, natural disasters, environmental degradation and demographic pressure, and this new opus, GENESIS.