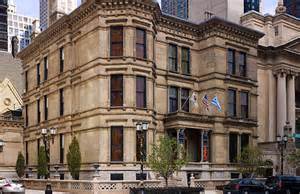 L'Affichomania: The Passion for French Posters

L’Affichomania: The Passion for French Posters features approximately 50 posters by the five grand masters of the medium: Jules Chéret, Eugène Grasset, Théophile-Alexandre Steinlen, Henri de Toulouse-Lautrec, and Alphonse Mucha. The posters date from 1875 to 1910, the exuberant era in France known as the Belle Époque. These pioneering artists reigned in Paris during this period of artistic proliferation, defining a never-before-seen, and never forgotten, art form.

Bright and bold and found everywhere along the boulevards of fin-de-siècle Paris, the color poster was a brilliant fusion of art and commerce. It advertised cigarette papers and milk, immortalized stage stars and bohemian cabarets, and won the adoration of passersby and art collectors. Subject as it was to wind, rain, and being covered up by posters from rival firms, the ephemeral poster nonetheless became the subject of passionate collecting in its own time. The poster craze, known as affichomanie, revolved around the acquisition of these posters, from buying and selling special editions to stealthy removals from walls and kiosks.

Drawn from the Driehaus Collection of Fine and Decorative Arts, the posters on view feature such iconic images as Steinlen’s Le Chat Noir and Lautrec’s Moulin Rouge: La Goulue. Each of the five artists will be featured in one of the period galleries in the Museum, allowing guests to explore the artists’ individual style and compare them with their contemporaries.

Whether you go or not, L'Affichomania: The Passion for French Posters is a lavishly illustrated collection of these posters focusing on the work of five masters: Jules Chéret, the acknowledged founder of the field, Eugène Grasset, Théophile-Alexandre Steinlen, Alphonse Mucha, and Henri de Toulouse-Lautrec. All are drawn from the collection of Richard H. Driehaus. With rising auction prices and the popularity of modern reprints, it is clear that affichomania is here to stay.

Bright and bold and found everywhere in fin-de-siècle Paris, the poster was a brilliant fusion of art and commerce. New printing methods made it possible to distribute and post vivid full-color prints, spurring both artists and advertisers to take advantage of these public canvases. During its golden age in Paris, the poster was acclaimed for enlivening city streets, even as it was decried for its raucous colors, overt commodification, sexualized female figures, and oversized imagery. Collectors raced to snap up these ephemeral art pieces, sparking a frenzied demand dubbed affichomania, complete with its own experts and specialized publications containing small-scale prints for the home.

Select L'Affichomania: The Passion for French Posters to place this book in your Amazon shopping cart.