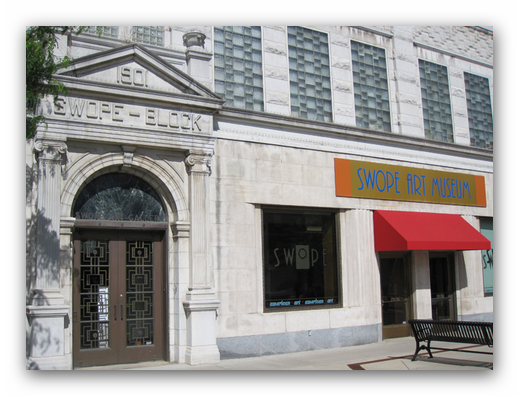 Realities of Life: Works on Paper from the Founding Collection

The Museum’s 75th birthday celebration begins with the exhibition Realities of Life: Works on Paper from the Founding Collection, which will be on display in the second-floor lobby gallery through February 25, 2017. In January 1941, the Swope Art Museum’s founding director, Terre Haute native John Rogers Cox (1915-1990), was given the rather daunting task of building a collection for the institution which would open on March 21, 1942. Cox, who had limited funds at his disposal, made the bold decision to focus his purchases on recent American art by living artists. In fact, with only a few exceptions, the paintings and prints included in the founding collection were created between 1939 and 1942. These acquisitions were highly publicized in the leading art journals of the day. Many of artists represented by these initial purchases—including work by Thomas Hart Benton, Charles Burchfield, John Steuart Curry, and Edward Hopper—remain the most celebrated in American art. The founding collection consists primarily of American Scene Painting, a naturalist style of art popular during the first half of the 20th century in the United States. The artists of the movement depicted scenes of typical American life and landscape—painted in a naturalistic, descriptive style.