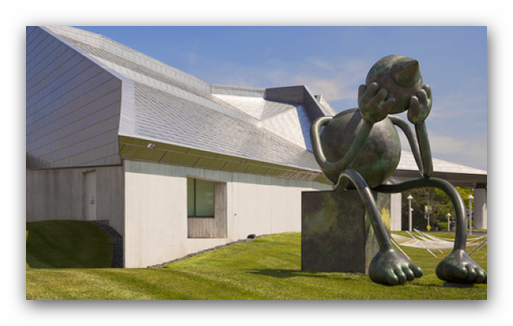 Upon visiting the Kemper Museum and Kansas City, the artist found inspiration within the art upon the walls of the Museum and the architecture within the surrounding community. Frederick James Brown’s commissioned project for the Kemper Museum’s Café Sebastienne, particularly the patterns and repeated motifs that appear within the massive grid of paintings, inspired Lerma to make his own historical representation of Brown’s The Ascension (1982) in the collection of the Metropolitan Museum of Art in New York. The painting will be created using custom stencils that imitate the Andalusian style of tiles found in the stairs throughout the Country Club Plaza. Internationally, Lerma’s commission opens on the cusp of the 50th anniversary of the twinning of Kansas City and Seville as sister cities.