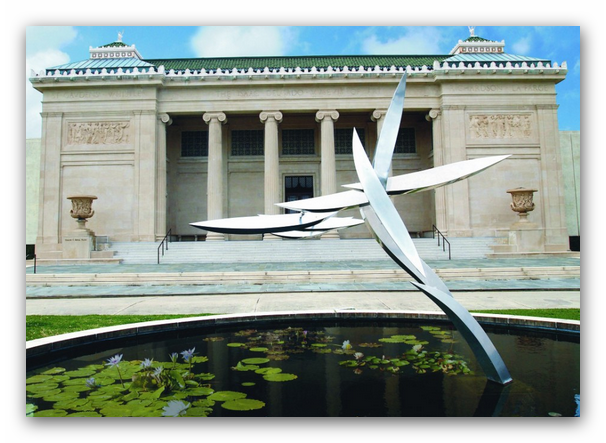 NOMA is proud to present a selection of African art from the bequest of the Françoise Billion Richardson Charitable Trust. Françoise Richardson was born in France to Olivier and Sadie Downman Billion in 1927. The family moved to New Orleans, her mother’s hometown during World War II and became active members of NOMA, then known as the Isaac Delgado Museum of Art. As an adult, Françoise expanded her interest in art and joined the NOMA Board of Trustees and served as president from 1993-1994. In 1996, she was named an Honorary Life Trustee at NOMA and was the recipient of the museum’s highest recognition, the Isaac Delgado Memorial Award, which is given to an individual who has gone above and beyond with extraordinary service and contributions to the museum. Through her work in bringing French culture to New Orleans and in recognition of her own French heritage, the French government named her a commander of the order of arts and letters.

Among the most outstanding in her collection, which she bequeathed to NOMA before her death in 2012, is a beautiful wood and gold leaf Seated Chief Staff Finial from the Ashanti peoples of Ghana, an elegantly carved Male Antelope Headdress (chi wara) by an unidentified Bamana artist from Mali, a fine bronze Ogboni Mask on Stylized Body from the Yoruba peoples of Nigeria, and several superb Owo ivories all from the Yoruba peoples of Nigeria. Perhaps the two most important pieces are a musical instrument and a memorial head. African art historian William Siegmann has suggested that the Dan peoples Thumb Piano with Figurative Handle (sansa) from Cote d’Ivoire is one of only two known examples embellished with a decorative head and, in this example, mostly likely pays tribute to the prominence of the musician/owner.

Her commitment to African art was manifested at NOMA through her numerous noteworthy contributions. Until her death, she was the individual most responsible for the development and success of the museum’s sub-Saharan African collection, through her encouragement, assistance and unwavering enthusiasm over the years. Françoise endowed NOMA’s curatorship for African art, established an African art purchase fund and funded the building of the present African galleries, which are named for her parents, on NOMA’s third floor. Through outright gifts and this current magnificent bequest, she has enriched the museum’s holdings with over 100 superb African sculptures. Her indelible impact on African art at NOMA will continue to be felt for years to come.