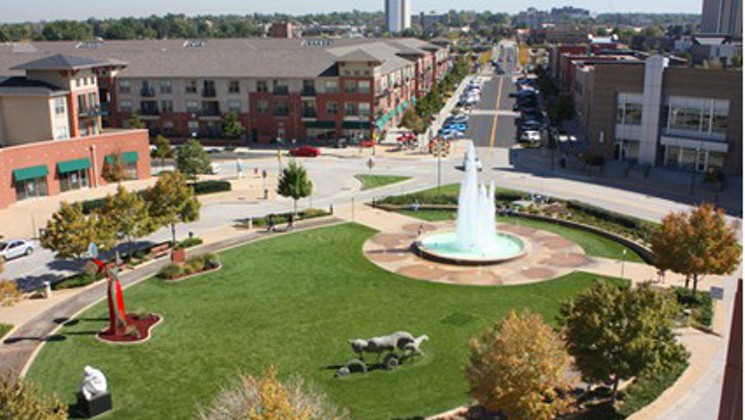 Then & Now: A Retrospective of Light-Based Sculpture by Dorothy & Mel Tanner

The Museum of Outdoor Arts

Then & Now: A Retrospective of Light-Based Sculpture by Dorothy & Mel Tanner will be shown in MOA's Indoor Gallery, as the first-ever retrospective exhibition of Dorothy and Mel Tanner.

Dorothy and Mel Tanner began their luminal art in the 1960s, adding the elements of live projection, electronics and music to create a multi-sensory experience they call “Lumonics.” The intention is to deeply affect people on physical, emotional, and spiritual levels and foster a sense of relaxation and well-being. Since the passing of Mel Tanner in 1993, Dorothy collaborates with long-time associate, Marc Billard, creating electronic music and video, continuing to build the Lumonics experience.

“Their artwork is unlike anything we have seen,” says MOA President and Executive Director, Cynthia Madden Leitner. “There is something about illuminated sculpture that is incredibly alluring and we know that our patrons will enjoy this unique exhibition immensely.”

Since Mel’s passing in 1993, Dorothy has continued experimenting with a vast array of media, she has found Plexiglas to be the most rewarding. It is a material that she sculpts, paints, sandblasts, bakes and shapes. Some are wall sculptures, some free-standing or mobiles, while others are water sculptures. Light is an intrinsic element of the art form. LEDs have been the primary source of lighting the works in recent years.

Whether or not you go, The Lumonics Theater: The Art of Mel & Dorothy Tanner describes the more than thirty year history and development of the Tanners' Lumonics Theater, from its beginnings in the 1960s through its final days in 2003. In 1969 Mel Tanner had an aesthetic breakthrough, and both he and his wife Dorothy began to construct a theater where they could combine all their work with sculpture and painting into a form of visual music. The result of that inspiration was the Lumonics Theater. The performance space they built was composed of 50 sculptures, a battery of projectors, lasers, and the spontaneous creativity that transforms technology into virtuoso performance art. The entire performance was designed so that no two are alike.