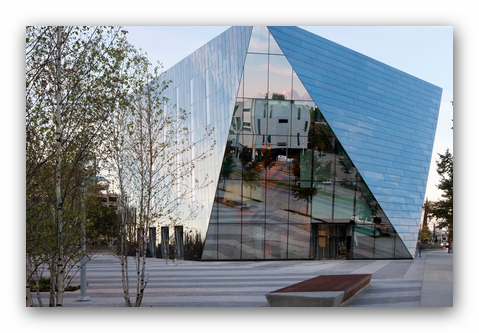 Anthony Discenza (1967, New Brunswick, NJ) is a conceptual artist who explores the production and distribution systems of mass media and the messages it generates. With a distinct interest in the relationship between textual, auditory, and visual systems of representation, Discenza often combines a variety of forms. A Rising Tide Lifts All Boats(2012) is a single-channel sound installation that presents a series of unlikely juxtapositions that are both humorous and confounding.

Throughout his work Discenza is distinctly interested in presenting his audience with the intricate intersection of textual, auditory and visual information systems. In A Rising Tide Lifts All Boats a professional voice-actor reads an ongoing series of phrases such as: “Think Le Corbusier meets Red Lobster meets the Wonderbra. Think Straight Outta Compton meets Watership Down,” in a rich baritone that evokes a dramatic Hollywood movie or newscast. The tone of the voice actor formally mirrors the strategic ways that the mass-media conveys information.

As the narrator evokes the theatrical absurdity of the dramatic, yet droll, voiced-over narrative of a film or a television commercial, Discenza offers a critique of the way mass-media uses language. Similarly, the work’s endless stream of absurd combinations contradicts its ironic title. Rather than coming to a universal understanding, Discenza’s monologue of nonsensical juxtapositions invites us to reflect on the oversimplified ways that advertising and cinema package and sell culture. Heard in the MOCA stairwell, the audio installation both comments on and upends the role of a passive audience.

Anthony Discenza (1967, New Brunswick, New Jersey) lives and works in the San Francisco Bay Area, CA. He received an MFA from California College of the Arts (2000) and a BA from Wesleyan University (1990).