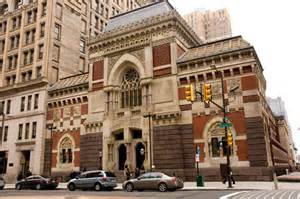 Subversion and Surrealism in the Art of Honoré Sharrer

Subversion and Surrealism in the Art of Honoré Sharrer offers the first critical reassessment of an artist whose mature oeuvre constitutes a rich and often disquieting critique that is equal parts wit, seduction, and bite.the first major assessment of the artist since mid-century. The exhibition provides a comprehensive examination of Sharrer’s place in American art and reveals the full scope of her significant achievements. A Dangerous Woman includes some 45 paintings, plus associated sketches, prints, photographs, and ephemera from the artist’s extensive archive. Drawing on the more recent critical attention to these immediate post-war years, and, importantly, to the decades following, this exhibition considers Sharrer’s work as an important bridge between earlier practices of surrealism and its motifs, and the processes and concerns more closely associated with the Pop artists.

Honoré Sharrer (1920 – 2009) was a major art figure in the years surrounding World War II. She was, in many ways, a rebel, whose paintings marked covert but unflinching resistance to the oppressive political and social conventions of the Cold War era. Her gender, commitment to leftist ideals, and use of figurative surrealism put her at odds with the dominant political and artistic climate of the 1950s. Sharrer found that she was progressively marginalized—she and her husband essentially black-listed—by the suppression of political difference carried out by forces like Senator Joseph McCarthy and the House Un-American Activities Committee. Simultaneously, Abstract Expressionism, epitomized by artists such as Jackson Pollock and Willem De Kooning, dominated the American art world. Sharrer, like other female artists, struggled to find equal billing given the masculine aesthetics of this movement.

Whether or not you go, Subversion and Surrealism in the Art of Honoré Sharrer offers the first critical reassessment of the artist: a leftist, female painter committed to figuration in an era when anti-Communist sentiment and masculine Abstract Expressionism dominated American culture. Her brightly colored, humorous, and distinctly feminine paintings combine elements of social realism and surrealism to seductive and disquieting effect. This publication is a timely reevaluation of an artist who pushed the boundaries of figurative painting with playfulness and biting wit.

Subversion and Surrealism in the Art of Honoré Sharrer