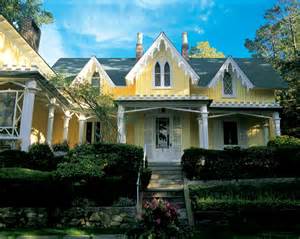 The home and studio of Jasper F. Cropsey

Tour the home and studio of Jasper F. Cropsey (1823-1900), the prominent Hudson River School artist. Entry to Ever Rest is by guided tour only, weekdays only, scheduled by appointment. To ensure availability, it's best to schedule at least one week in advance. The Foundation is closed in December and January as well as the month of August.

Ever Rest is partially furnished with selections of furniture from the Cropseys' former home, Aladdin, in Warwick, NY. The dining room set, including table, chairs, and breakfront were designed by Cropsey and built by furniture makers in New York City. Even some of the drapery had been custom made for Aladdin and later altered for use at Ever Rest. Many European and Asian pieces purchased in New York City and Europe accent the decor.

Jasper was still a very active artist, in his early 60's, when he and his wife moved to Ever Rest. Having been trained as an architect he designed and build a painting studio at Ever Rest. He painted there for the rest of his career. The studio includes a large windowed cupola and full length window facing north, both designed to give the artist as much natural light as possible. In addition to being a working studio, the very large space also served as a family-room of sorts, as well as a place to entertain guests.