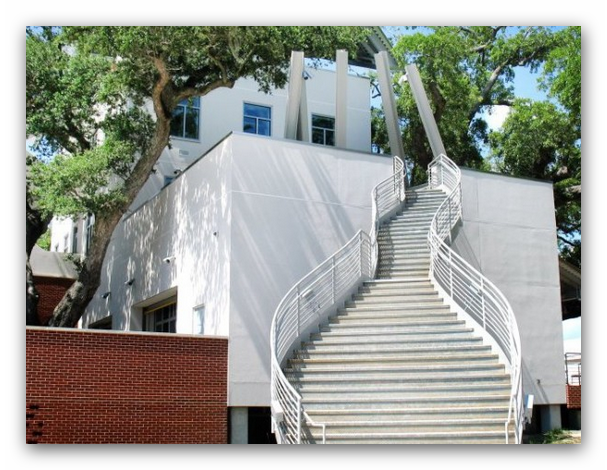 On display in the IP Casino Resort Spa Exhibitions Gallery

Allen Chen was born in Taiwan and moved to California at age twelve. He earned a BFA from San Jose State University and an MFA from the University of Notre Dame. Allen has been a long term artist in residence at Mendocino Art Center, Red Lodge Clay Center and Lawrence Arts Center. He was an assistant professor at Central State University from 2012-2014 and is currently an assistant professor at the University of Southern Mississippi. Allen’s art aims to look for new interpretations of objects through sculpture, an approach that “offers a more fluid definition to what the object can be and more creative framework to work.” Currently, Allen is focusing on the interrelationship between the concept of the vessel and transportation, asking “what happens when our bodies respond to a changing environment?” And “how might the vessel move physically or feel emotionally?” when shielding or transporting us to different locales.

John Gargano is a ceramic sculptor and professor in the Department of Visual Arts at the University of Louisiana at Lafayette. He earned a BFA with Honors from The Center for Creative Studies in 1992 and an MFA from Ohio State University in Columbus, Ohio. John’s work has been shown in museums and galleries across fifteen states, and he has received various awards, grants, and fellowships in both Ohio and Louisiana. John’s early exposure to the steel and automotive industries while growing up in Detroit, MI introduced the effects of industrial weathering and age. Coupled with the area’s dramatic change of seasons, these early impressions of decay have proven to be a vital playground for John’s artistic use of surface and color. Regarding his influences, John says, “The ideas behind my art work stem from a fascination with mechanisms and forms of the human body, military armament and objects from the industrial world. These elements are intuitively mixed to generate universal forms that have familiarity and feel new, yet retain a link to a past existence or function. That mystery captures my interest and creates a platform for dialogue.”

John Oles was born in Wrentham, Massachusetts. He received a BFA in ceramics from the University of Massachusetts at Dartmouth in 1998. After teaching high school ceramics for several years, he attended the Penland School of Crafts in 2004, and later completed his MFA in ceramics at Tulane University. John is an esteemed lecturer and teacher, having led workshops at many prominent ceramics programs around the country, including Hartwick College, Louisiana Tech., Texas Women’s University and Harvard University. John taught ceramics at Loyola University from 2008-2013, as well as being adjunct faculty at his alma mater, Tulane University. John currently serves as Assistant Professor of Ceramics at Jacksonville State University in Jacksonville, AL. Concerning his practice, Oles states, “As a maker of objects, I believe that truth and insight into our own human nature can be revealed to us through the practice and process of creating with our hands. I believe in the power of the handmade object to communicate with people, on a subconscious level, the fragility and intimacy of the temporal moment.”

Lee Renninger is a ceramic artist, residing in Gulfport, MS. Previous works have been shown at the Museum of Arts and Design in New York, the Mint Museum, and the Sidney Meyer International Ceramics Competition in Victoria, Australia, among others. The recipient of numerous awards including a Pollock-Krasner Grant, a Jane Crater Hiatt Fellowship, and three MAC Visual Arts Fellowships, she has been an artist-in-residence at the Kohler Company in Wisconsin, the Camargo Foundation in Cassis, France and the McColl Center for the Visual Arts in North Carolina. Her commissions include works for the Potawatomi Hotel in Milwaukee, WI, French Quarter Hyatt Hotel in New Orleans, LA, the St. Regis Hotel in Atlanta, GA and the Island View Hotel in Gulfport, MS; pieces are also held in the collections of Fidelity Investments, Ally Bank, Kohler Company and The Shepparton. Lee’s work was most recently published in The Ceramics Bible and Contemporary Ceramics. Her art is an evolutionary product of an early fascination with repeated patterns and multiple units. By incorporating other media into her ceramic installations and employing excessive embellishment and overstatement, she creates, in her own words, a sense of “odd beauty – a visual hyperbole capable of seducing its viewers.” She chooses to “treat ceramics antithetically, questioning the possibilities of the material–how it might be used and in what ways it can speak of our time.”