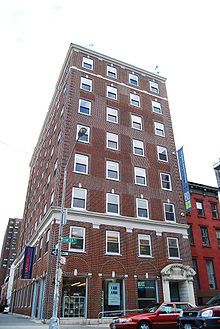 Surrogate Skin: The Biology of Objects

Through the works of Doreen Garner and Keisha Scarville, Surrogate Skin: The Biology of Objects is an exposition on the consciousness of materials and how they bear the memory of lived experience.

Recalling the medical exploitation of black women’s bodies through grotesque arrangements of silicone, pearls, hair weave, and surgical instruments, Doreen Garner simultaneously refuses and seduces the viewer’s curiosity, effectively returning their encroaching gaze. As a siren for perspectives of black women that have been historically excluded from a more celebratory narrative on scientific achievement, such as Henrietta Lacks, and Anarcha, Betsy, and Lucy, three of the only known slave women subject to unanesthetized surgeries performed by Dr. J. Marion Sims, Garner makes explicit the relationship between medical abuse and the socialization of black women. .

Keisha Scarville mines the intimate histories that exist in clothing, adorning her body in the dress of her deceased mother as a way to conjure her in the present. Considering how absence can be tangibly manifested through the material remains of a person, Scarville offers discrete representations of the body against realist and abstract landscapes that suggest how identity can be informed through a sum of often contrasting elements. As she captures the mark left on commonplace objects by individual and collective family histories, the work functions equally as a memorial for and reinvigoration of the departed, resulting, comfortably, in more questions than answers.

Titled from a conversation with Scarville on her work, Surrogate Skin: The Biology of Objects repositions object as subject. While the false representation of black women’s bodies informs Garner’s lustrous amalgamations of simulated flesh and organs, the idea of what can no longer be seen animates the drapings in Scarville’s photographs and installations. Achieving compositions that reference women’s bodies from internal and external perspectives, both artists consider how objects implicate the viewer in their conceptualization.