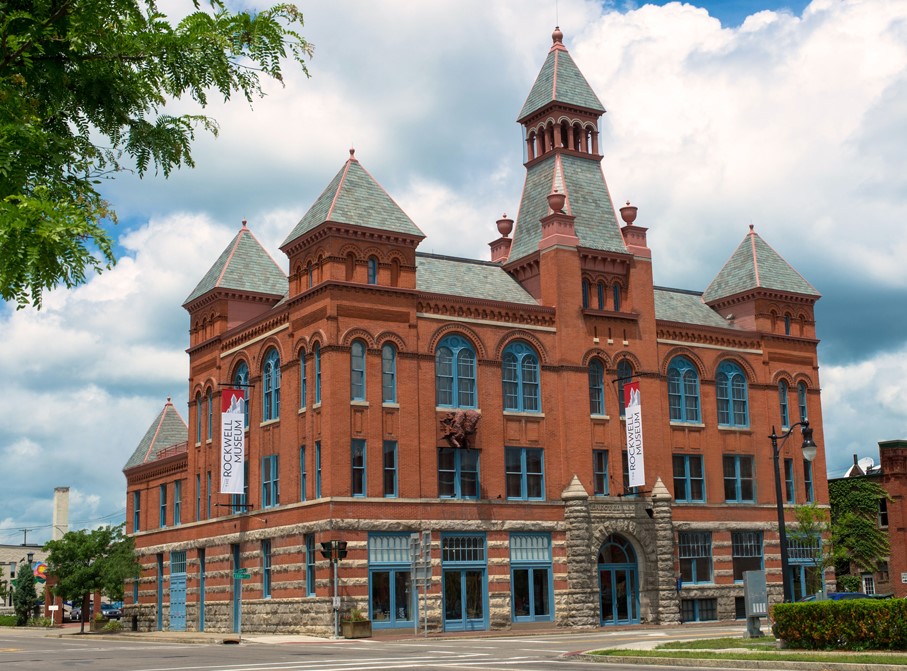 Art has played a pivotal role in influencing the contemporary decision makers who designated these treasured lands for public enjoyment. 19th century landscape artists such as Thomas Moran – known as the Father of Yellowstone – romanticized the American wilderness and helped sway public opinion towards protecting these unique geologic formations from private development. 100 years later, nationally designated parks such as the Grand Canyon are still threatened by the encroachment of commercial ventures.

In 2015, our own Watkins Glen State Park was voted the #3 Best State Park in America by the readers of USA Today. In conjunction with the NPS centennial, we would like to recognize the local diversity of the American landscape preserved in the Finger Lakes Region. Exhibited here are historic images of Watkins Glen State Park, from its origins as a private retreat through its modern incarnation as a public state park. Like national parks, state parks champion conservation of natural resources on a local level.

Throughout the third floor galleries, National Park Service Centennial Markers identify works from the permanent collection which are part of a self-guided tour. The major national parks featured in our collection include Yosemite, Denali, Grand Canyon, Sequoia, Zion, and Grand Teton.