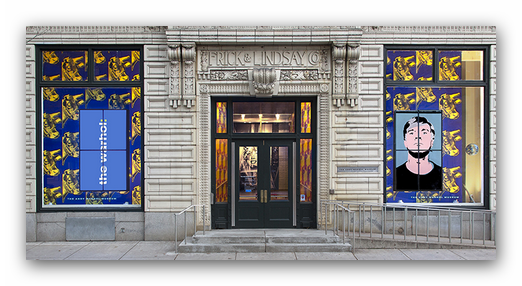 Andy Warhol: My Perfect Body presents the first comprehensive look at Andy Warhol’s engagement with the body. Highlighting The Warhol’s permanent collection, and including rarely traveled loans, this exhibition broadly examines Warhol’s work, from student drawings to late paintings of the 1980s. This exhibition reveals the parallels between Warhol’s personal history—including his struggles with his own physical appearance, such as early signs of balding in 1950s and the gruesome scars following his shooting in 1968—and the treatment of the body as a subject in his work.

Physical flaws and the commercial products used to correct these vexing imperfections were central themes in the first hand-painted paintings of 1961 with Wigs, Dr. Scholl’s Corns, and Before and After (a painting of a plastic surgery ad, which Warhol painted in four versions). Following this early period, Warhol’s engagement with the body becomes complex with the emergence of trauma in the Disaster paintings, abstraction and abjection in the Oxidations, and transformation and humanity with The Last Supper, in black light, where Christ and the bodybuilder are aligned side-by-side.

From the early 1961 canvases to the late physiological diagram paintings, the interior of the body is put on display and its flaws either erased or highlighted. This discussion of inside and outside, and public and private, further establishes the body as a site for projection of outside pressures and interior desires and drives. This exhibition explores the tension between Warhol’s personal narrative and the repetition of the fractured body found throughout his entire artistic output. Warhol spoke of Pop as democratic, an art form for everyone, a style that could be defined as a series of reversals. As he stated in a 1966 interview, Pop “is just taking the outside and putting it on the inside or taking the inside and putting it on the outside.”