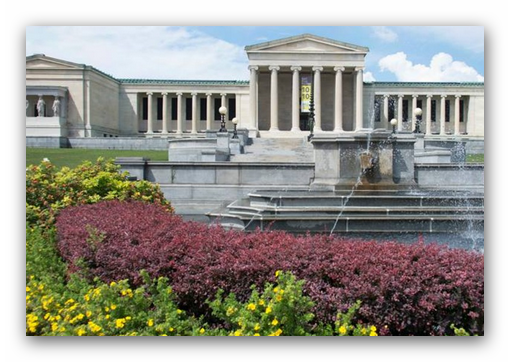 The Artist and His Models

Picasso: The Artist and His Models explores the career of multifaceted artist Pablo Picasso (Spanish, 1881–1973) between 1906 and the mid-1960s. At the core of this exhibition is an exploration of Picasso’s extraordinary ability to translate three dimensions into two-dimensional evocations. His countless models, which naturally included his friends and his lovers, also comprised mundane objects whose shapes and interrelations intrigued him. Throughout his work, the artist engaged with other important archetypes from literature, music, theater, fashion, and popular culture, as well as history and art. His close personal relationships with many of his subjects allowed him to distill their energy and infuse it into works of art across various mediums.

This presentation features significant paintings, sculptures, drawings, and prints by Picasso from the Albright-Knox's collection. Additional iconic paintings by the artist, which have been carefully selected from museums in both Europe and the United States, will draw connections between the conceptual and stylistic developments of his work. This exemplary grouping will be contextualized by a further selection of works by Picasso’s contemporaries from the Albright-Knox’s collection. These include Georges Braque (French, 1882–1963), Stuart Davis (American, 1892–1964), Albert Gleizes (French, 1881–1953), Juan Gris (Spanish, 1887–1927), Fernand Léger (French, 1881–1955), Henri Matisse (French, 1869–1954), Jean Metzinger (French, 1883–1956), Georgia O’Keeffe (American, 1887–1986), and Morgan Russell (American, 1886–1953), among others.

The ensemble of works in Picasso: The Artist and His Models reveals the ways in which the artist played a major role in the development of modern art by calling into question conventional ideas about art as the imitation of reality. Throughout his prolific career, Picasso varied his hand, often reinventing himself as well as his models. In some cases, he reimagined the same subject numerous times, making his ingenuity all the more evident. However, the matrix of all his subjects was the theater of life: the sensory experience in which he was simultaneously an actor and an observer. By reconciling these two roles, Picasso created an enduring visual dialogue that remains infinitely complex and dynamic.