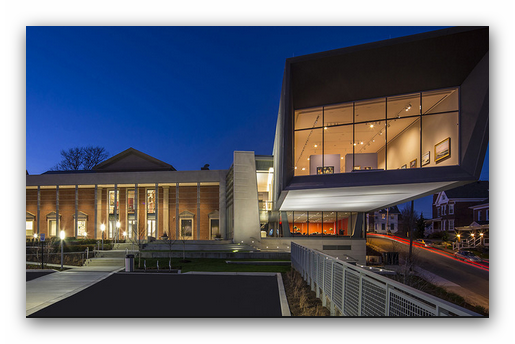 This exhibition will be comprised of photographs taken by Richard Stoner during the two-year construction period that shaped The New Westmoreland. Stoner took nearly 1400 images between August of 2013 and September of 2015, 557 of which were given to the museum in digital format. From that number, 36 photographs were selected by the artist, Barbara Jones, Chief Curator, and Judith O’Toole, The Richard M. Scaife Director/CEO, to be printed and framed for this exhibition. This will be Stoner’s first showing of purely digital photography.

Early in our capital campaign, Stoner approached Judy O’Toole about making a contribution to it. As an artist, he noted that he could not give a significant monetary donation, but he wanted to give of his talent as a prize winning and much respected contemporary photographer. By documenting the architectural transformation of The Westmoreland, he gave the Museum and its community an invaluable gift.