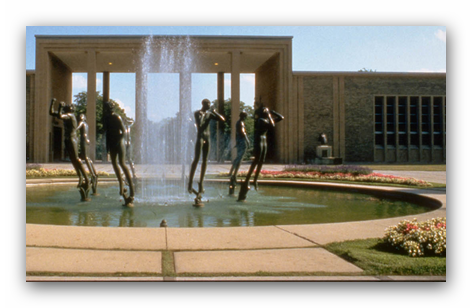 This major exhibition is the first comprehensive exploration of the counterculture of the 1960s and 1970s and its impact on global art, architecture, and design. It presents an extraordinary array of works including experimental furniture, immersive environments, media installations, alternative magazines and books, printed ephemera, and films that convey the social, cultural, and political ferment of this transformative period, when radical experiments challenged convention, overturned traditional hierarchies, and advanced new communal ways of living and working. In the art, architecture, and design of the counterculture one can see early stirrings of the tech revolution and ecological consciousness, as well as powerful expressions of the desire for peace and social justice.

Hippie Modernism shows us how the counterculture, once dismissed as a social and aesthetic anomaly, introduced ideas and techniques that have profoundly shaped contemporary life. The BAMPFA presentation highlights the key role the Bay Area—and especially Berkeley—played in the art, architecture, and design of the counterculture movement. Creative innovators in Bay Area communities sought to create radical change—technological, political, and ecological—on the streets, in the classroom, and in government policy.

Among the central themes of the exhibition is the desire to expand consciousness and achieve greater awareness of the holistic relationship of self, world, and cosmos. Altered states of perception were stimulated not only by meditation and psychotropic substances but also by art and design. Other works address the rejection of conventional social structures and the dissolution of boundaries between art and life, culture and politics. Archival materials from Bay Area protest movements and collectives represent the transformative activism of the period.

While this exhibition presents an extraordinary range of archival materials and artifacts from the past, its greatest importance lies in the lessons it holds for the present and future. Most of the pressing social and environmental issues addressed by the counterculture are still with us today. We hope that this exhibition and its accompanying programs will provide a productive platform for discussion and insight about our contemporary realities.

Whether you go or not, Hippie Modernism: The Struggle for Utopia surveys the radical experiments that challenged societal norms while proposing new kinds of technological, ecological and political utopia. It includes the counter-design proposals of Victor Papanek and the anti-design polemics of Global Tools; the radical architectural visions of Archigram, Superstudio, Haus-Rucker-Co and ONYX; the installations of Ken Isaacs, Joan Hills, Mark Boyle, Hélio Oiticica and Neville D'Almeida; the experimental films of Jordan Belson, Bruce Conner and John Whitney; posters and prints by Emory Douglas, Corita Kent and Victor Moscoso; documentation of performances by the Diggers and the Cockettes; publications such as Oz and The Whole Earth Catalog; books by Marshall McLuhan and Buckminster Fuller; and much more.

While the turbulent social history of the 1960s is well known, its cultural production remains comparatively under-examined. In this substantial volume, scholars explore a range of practices such as radical architectural and anti-design movements emerging in Europe and North America; the print revolution in the graphic design of books, posters and magazines; and new forms of cultural practice that merged street theater and radical politics. Through a profusion of illustrations and interviews, as well as new scholarly writings, this book explores the conjunction of the countercultural ethos and the modernist desire to fuse art and life.