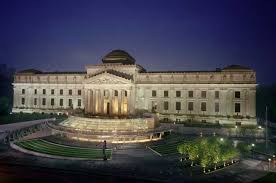 In Iggy Pop Life Class, Turner Prize–winning artist Jeremy Deller used the traditional life drawing class to stage a performative event with Iggy Pop as model and subject. The exhibition presents the resulting drawings along with works from our historical collections, chosen by Deller, that depict the male body, examining shifting representations of masculinity throughout history.

Deller’s collaboration with Pop as a nude model is essential to his concept. A pioneer rock musician—as a singer, songwriter, musician, and actor—Pop began performing in the 1960s, becoming known for strenuous and unpredictable stage performances that often left his body battered and cut. As Deller notes, "Iggy Pop has one of the most recognizable bodies in popular culture. A body that is key to an understanding of rock music, and that has been paraded, celebrated, and scrutinized through the years in a way that is unusual for a man. It is also fair to say that it has witnessed a lot. It was for these reasons that I wanted him to sit for a life class." For Deller, the life drawing class offered the opportunity to study his body in direct and palpable terms.