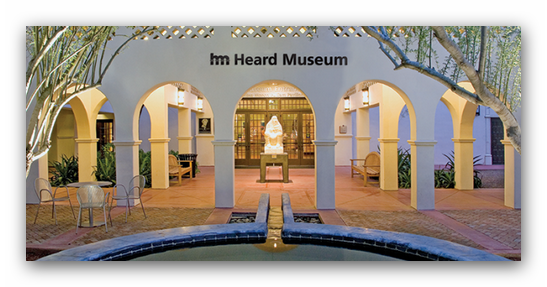 This exhibit offers a rare opportunity to see firsthand masterpieces by two of the most important and recognizable artists of the 20th century. Bank of America is the Presenting Sponsor for Frida Kahlo and Diego Rivera, making Phoenix its only North American stop on a world tour.

Thirty-three works by the famed Mexican artists, from the Jacques and Natasha Gelman Collection, are to be exhibited in the newly opened Virginia G. Piper Charitable Trust Grand Gallery through Aug. 20, 2017. The Gelmans were Mexican-based European emigres who were friends of the artists. On view will be Kahlo’s Self Portrait with Monkeys and Diego on My Mind, and Rivera’s Calla Lily Vendor and Sunflowers. In addition, the exhibit includes more than 50 photographs taken by Edward Weston, Lola Alvarez Bravo and Frida Kahlo’s father, Guillermo Kahlo, among others. The exhibit also will feature vintage clothing and jewelry from the Kahlo period.