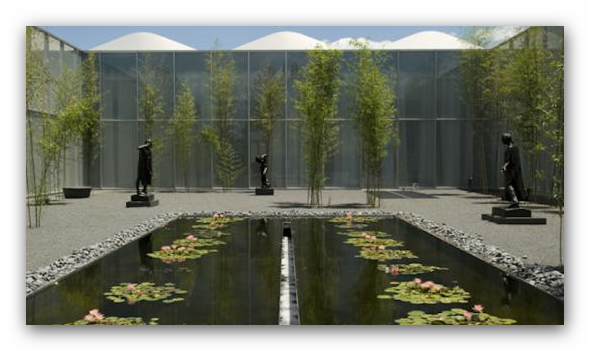 Some images, like Elizabeth Matheson's Edentonand Luis Rey Velasco's Stovall, present specific towns or landmarks. Other photographs represent the soul of the state via portraits of its inhabitants, as in Rob Amberg’s Carter Crosby, Highway 24 South, Clinton, NC, and Jeff Whetstone’s Mingo Boys with Water Snake on the Eno River. A third grouping—a barren tree in winter, some lovingly tended gravestones—provides quiet reflection through still-life scenes. Combined, these images tell a story of the state as captured in black and white.

A segment of Panorama: North Carolina features works from David Simonton's Polk Prison Project. The former Polk Youth Center, which occupied land adjacent to the Museum, was closed in 1997. Before the building was demolished in 2003, Simonton received access to the prison and captured interesting details of that space. Five images from this series, which was partially commissioned by the North Carolina Museum of Art, are included in the exhibition.