Inspired by Matisse: Selected Works from the Collection 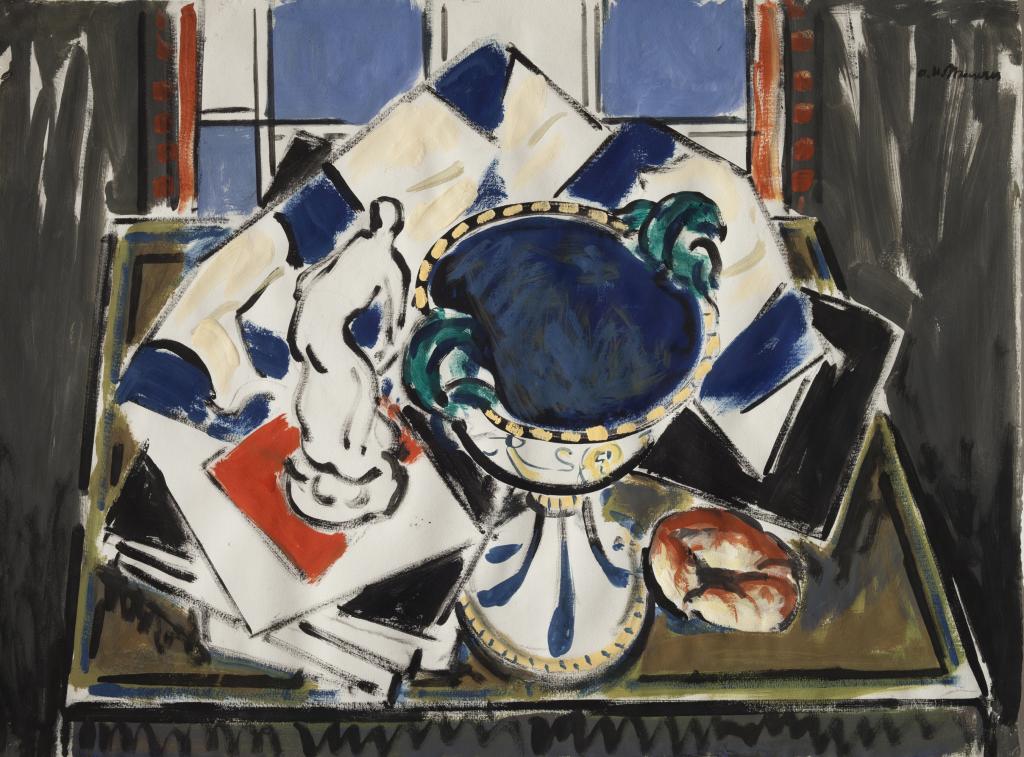 Drawn entirely from the Montclair Art Museum’s permanent collection, this show comprises 53 paintings, drawings, prints, and sculptures by 42 American artists. It accompanies and extends the special exhibition Matisse and American Art. From 1905 to the present, Matisse’s work has played a more wide-ranging role for both abstract and representational artists than previously understood. His oeuvre has provided a liberating model for varied explorations of vibrant color, strong fluid lines, and clear compositional structures in the pursuit of artistic self-expression.

Beginning in 1908, Matisse developed a large following among American artists as a result of their exposure to his work in public exhibitions and private collections and as a consequence of his teaching at his Académie Matisse in Paris (1908–11). Among his students were Patrick Henry Bruce, Max Weber, and Morgan Russell, represented in Inspired by Matisse by several boldly stylized works. Matisse’s art offered a variety of options for American artists, inspired by the formal elements as well as its subjects and expressive aspects. His transformative inspiration is revealed by their adaptations of his stylistic hallmarks of color, line, and composition and also through their choice of, and serial approach to, his subject matter—still lifes, landscapes, portraits, studio interiors, and nudes.

Matisse’s shift in reputation from rebel to esteemed master in the 1920s and 1930s was further reinforced by the major retrospective of his work at New York’s Museum of Modern Art in 1951–52. Matisse’s pervasive postwar impact is represented by the work of Milton Avery, known as “the American Matisse,” and Hans Hofmann, a pioneering teacher of modernist pictorial composition who was instrumental in disseminating the French master’s influence to his numerous students, including Lee Krasner.

The inspiration of the bold, simplified profiles and the vibrant colors of Matisse’s inventive cut-outs (which he referred to as “drawing with scissors”) are also evident in works by Romare Bearden, Stuart Davis, Ellsworth Kelly, Denice Bizot, and Mickalene Thomas, whose Untitled #8 (2014) was created in response to Matisse: The Cut-Outs at the Museum of Modern Art in 2014. Matisse’s influence on Abstract Expressionist and Color-Field painters is represented in works by Robert Motherwell, Richard Diebenkorn, and Kenneth Noland. The exhibition concludes with works from the 1970s onwards, which reflect the range of responses to the universally appreciated, complex art of Matisse. Those include George Segal, John Baldessari, Nick Cave, Alex Katz, Donald Judd, Natalie Frank, and Janet Taylor Pickett, whose work is also represented in the concurrent shows Janet Taylor Pickett: The Matisse Series and Matisse and American Art.