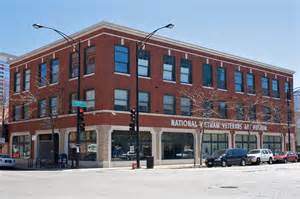 Vonnegut’s Odyssey aims to broaden the conversation surrounding veterans and their experiences, making palpable connections to the timeless and universal story of the veteran’s return home. Exhibit curator and Iraq veteran Ash Kyrie notes, “The experience of returning home and processing the effects of war is something that is shared by all veterans, from the time of Homer’s The Odyssey, through Vonnegut’s experiences in Dresden, and continuing on today. Exhibiting the artwork of Vonnegut as an illustration of the post-war experience and as a creative processing tool for the artist highlights the process of the return and the complexity of the veteran experience.”

Vonnegut enlisted in the U.S. Army in 1943 and was deployed to fight overseas in Europe during WWII. He was later captured at the Battle of the Bulge and served as a Prisoner of War until 1945 when he returned to the U.S. and was awarded the Purple Heart. These experiences largely shaped his creative endeavors including his well-known published literature and his body of artwork. From WWII through Vietnam and beyond, Vonnegut was an active voice in American culture and society—openly discussing war and its effects publicly.

After establishing himself as an important American author during the late 1960's with the publication of Slaughterhouse-Five (1969), Vonnegut later became recognized for his drawings that often accompanied his writings. These drawings vary in subject matter from his Purple Heart to his illustrious Asterisk. Building on these drawings, Vonnegut worked with printer Joe Petro III to create a prolific catalog of artwork. Presented together, these artworks reflect the connections between Vonnegut’s return home from World War II and Homer's epic of Odysseus's return home after the Trojan War.

Executive Director Brendan Foster states, “We couldn’t be more thrilled for this opportunity to embolden the dialogue surrounding our veterans and the timeless intersection of war and art. Vonnegut’s artwork in this exhibit provides a rich expression that puts the veteran experience at the forefront of public discourse.”

In fostering this dialogue about the long-term reintegration process experienced by veterans, Vonnegut’s Odyssey captures NVAM’s mission to inspire greater understanding of the real impact of war and offer visitors a chance to see the world through veterans’ artwork, as well as one of the 20th Century’s most impactful creative minds.