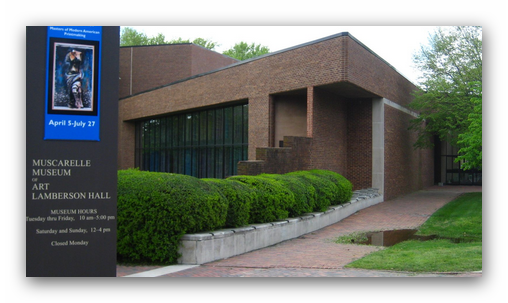 Botticelli and the Search for the Divine: Florentine Painting between the Medici and the Bonfire of the Vanities

The restless genius of Sandro Botticelli (Florence, 1445-1510) is explored in depth in the most important Botticelli exhibition ever seen in the United States, Botticelli and the Search for the Divine; a major international loan exhibition.  Every phase of the artist’s tumultuous career is represented in this selection, as well as nine works by his master Filippo Lippi, the only pupil of Masaccio. Botticelli was guided to success by the Medici dynasty, the patrons for sacred altarpieces and sensuous paintings of classical mythology, including several in this unprecedented exhibition. After the fall of the Medici, many of his paintings were lost in the bonfires of the vanities.

Perhaps more than any other painter, Sandro Botticelli (about 1445–1510) exemplifies the Renaissance in Florence during the 15th century, and his signature style of strong contours, lyrical poses, and flowing drapery remains instantly recognizable more than five centuries later. Seventeen paintings, nearly all traveling to the US for the first time, are brought together in the first major Botticelli exhibition ever held in North America. Organized by the Muscarelle Museum of Art at the College of William & Mary and Italy’s Metamorfosi Associazione Culturale, the exhibition explores dramatic changes in the artist’s style that reflect the shifting political climate of 15th-century Florence. At the height of his career, Botticelli was supported by the powerful Medici family, headed by Lorenzo the Magnificent. Pallas and the Centaur (1481, Uffizi, Florence) and Venus (about 1490, Galleria Sabauda, Turin)—Botticelli’s reworking of his famous Birth of Venus—are nearly life-size works from this period and display the painter’s skill in depicting elegant figures from classical mythology.

In his later years, Botticelli became a follower of the stern Dominican friar Girolamo Savonarola, who by 1495 had established a theocracy in Florence following the exile of the Medici family. Personal conduct came under severe scrutiny, and in 1497 all manner of worldly goods—including cosmetics, mirrors, fancy clothing and paintings—were burned in the notorious “Bonfire of the Vanities.” Under Savonarola’s sway, Botticelli’s graceful manner gave way to a newly austere approach, and secular subject matter disappeared. Severe religious paintings dominate the artist’s later production, and such masterpieces as the Virgin and Child with the Young Saint John (about 1495, Galleria Palatina, Palazzo Pitti, Florence) demonstrate the striking departure from his earlier sweet style. The exhibition also includes paintings by Botticelli’s teacher Filippo Lippi, his student Filippino Lippi and other contemporaries. Additionally, rare engravings and woodcuts help bring to life the rich cultural context of Florence in the age of Botticelli and Savonarola.

Whether or not you go, Botticelli celebrates the life and art of the Renaissance genius presents Sandro Botticelli's complete paintings and offers a comprehensive and thoroughly up-to-date study of his work. Botticelli is one of the most admired artists of the Renaissance period and his seductive Venus and graceful Primavera are among the world's most recognizable works of art.

This catalogue raisonné of Botticelli's paintings offers more than two hundred full-color illustrations and meticulous scholarship by the distinguished Renaissance art historian Frank Zöllner, described by The Financial Times, when reviewing this book's previous edition, as "a fabulous, accessible scholar; his book has luscious reproductions and exquisite detail." Presented in chronological order, the facts of Botticelli's life and career are insightfully discussed against the background of the artistic upheaval that marked the Renaissance period. The artist's reinterpretations of ancient myths as well as his religious paintings are thoughtfully explored in this sumptuously illustrated volume, which will please scholars and delight lovers of fine art books everywhere.