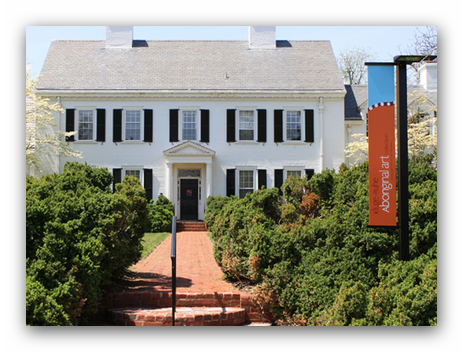 Damien Shen: On the Fabric of the Ngarrindjeri Body

On the Fabric of the Ngarrindjeri Body is an exhibition of drawings, prints and photographs by artist Damien Shen (Ngarrindjeri, Chinese). Shen began unearthing stories of his Aboriginal ancestry after the death of his grandmother. While researching historical records, he discovered that the skeletal remains of more than 500 Ngarrindjeri people had been stolen by an Australian coroner and sent to a scientist in Scotland for the purpose of comparative anatomy. Shen has drawn portraits of both men, along with that of Boorborrowie, a Ngarriindjeri man whose remains were later repatriated to Australia. Through these works, Shen exposes this buried history and questions the acclaim given to men of science.

Believing that the removal and scientific analysis of human remains divorces the body from its spirit, Shen uses his art practice to “reintroduce the spirit.” The exhibition takes its title from an etching in which Shen has superimposed customary Ngarrindjeri body paint designs onto a figure drawn in the style of 16th century European anatomical drawings. In drawing these designs, which are also shown in the photographs of Shen being painted for the first time, the artist celebrates the unity of the spirit and body in Ngarrindjeri culture.

Shen explains, “My family has had incredible struggles but there is also the other side of the spectrum in terms of triumphs and role models.” He has drawn portraits of his role models: his mother, his grandmother, artist Tony Albert, and public figure Gwoya Jungarai, also known as “One Pound Jimmy.” These are the personal, everyday heroes that inspire Shen as an Aboriginal man.

While Shen’s portraits uncover devastating histories, they also demonstrate the resilience and dignity of Aboriginal people.

Damien Shen grew up outside of Adelaide and holds a Bachelor’s of Visual Communications in illustration from the University of South Australia and a graduate certificate in Management from the Australian Institute of Business. His work has been in over thirty exhibitions around Australia and he has won multiple accolades: the South Australian NAIDOC Artist of the Year Award (2014), the Prospect Portraiture Prize (2015) and the 64th Blake Prize for Emerging Artists (2016).