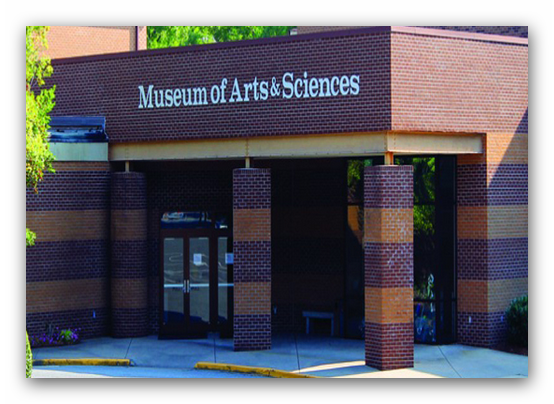 Museum of Arts and Sciences, Macon

The Museum of Arts and Sciences is proud to present “Chatov: 100 Years of Painting,” a retrospective featuring the works of Roman (1900-1987), Constantin (1904-1993), and Marc (b. 1953) – two generations in a prestigious family of gifted artists. The Chatov family, with its Russian heritage, is a unique unit that includes highly successful artists, musicians, and stage professionals. From concert pianist to portrait artist and muralist, each of the world-renowned Chatovs has a unique story that influenced his artistic style. From realistic portraits and figure studies to abstract expressionism, the thirty works on display explore the varying interests, styles, and eras of three talented artists.

Brothers Roman and Constantin Chatov were born in Southern Russia but fled to the United States after the Russian Revolution in 1922. Roman studied at the Art Students League and the National Academy of Arts and was a noted mural painter and costume designer before turning his talents to portraiture. President Roosevelt’s Works Project Administration (WPA) commissioned Roman to paint murals for the Ford and Palestinian Pavilions at the 1939 New York World’s Fair. This led to many commissions for murals throughout the country including a mural commissioned for New York’s Russian Tea Room. Of his many murals, ‘’Cornucopia’’ may still be seen in the Edison Hotel in New York City.

Roman’s brother, Constantin, was a concert pianist before he became an acclaimed painter. He also studied at the Art Students League and by the 1960s was acclaimed for his figure studies, paintings, and portraits. The Chatov brothers were commissioned by MGM to paint portraits of Hollywood greats such as Clark Gable and Vivian Leigh. They moved to Atlanta in 1961 and became prominent figures in the art community, both being honored with the Governor’s Award in the Arts from the Georgia Council for the Arts and Humanities.

Marc Chatov, son of Roman, was a fine art major at Georgia State University and also studied at the Art Students League in New York before beginning an apprenticeship with his father and uncle. Marc is represented by Portraits, Inc. in New York and has been with Portrait South since 1987. He is a member of The Salmagundi Club of New York, Oil Painters of America, Portrait Society of America, and is an Advisory Board Member with the Portrait Society of Atlanta. He has painted many notable portraits including Senator Paul Coverdell (whose portrait hangs in the Georgia State Capitol) and Georgia Writers Hall of Fame Inductee Dr. Ferrol Sams. Money Magazine featured Marc as one of the top eight portrait artists in the country. Marc has received the Governor’s Artist of Excellence Award and is represented in numerous private, corporate, and museum collections across the country.