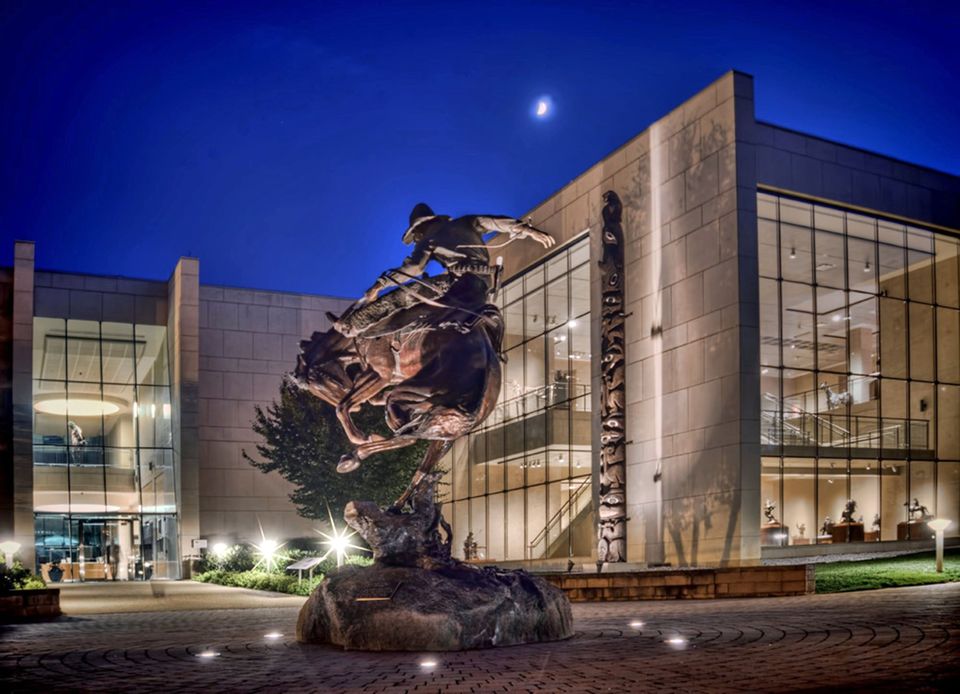 ﻿Wilson was first introduced to the art world through her work assisting Richard Avedon on his monumental Western project. She has since gone on to have a major photography career of her own. This body of work represents the highlights of her career, including such Western subjects as rodeo, Western movie making, and small town football. The exhibition, organized by the artist in collaboration with the Amon Carter Museum of American Art in Fort Worth, TX, presents Wilson’s photographs of the American West taken over the course of three decades. The exhibition showcases more than 80 large scale images.

Laura Wilson, renowned photographer and author whose work has been featured in the New Yorker, Vanity Fair, and London’s Sunday Times, began photographing the American West in the 1970s. The region captivates her still.

From her home in Texas, Wilson set out across the state to photograph cattle ranches, the U.S.-Mexico border region, and rural communities. She frequented rodeo arenas, witnessed parades and preachers’ sermons, and stood sideline at six-man football games. She traveled to remote corners of the West—to a naval air station in Nevada, the Pine Ridge Indian Reservation in South Dakota, and Hutterite colonies in Montana. Camera in hand, Wilson sought images of daily life beyond the suburban and urban sprawl and composed a broader and unique vision of the modern West.

“In That Day, Laura Wilson invites us into communities to which we might not have been granted admission,” says Karen McWhorter, the Scarlett Curator of Western American Art for the Whitney Western Art Museum at the Center of the West. “She introduces us to westerners we might never have encountered.” Collectively, the images are a portrait of a region and its diverse residents. Through Wilson’s lens, the West as we have come to know it through literature, artwork, and film includes both familiar and extraordinary characters and cultures.

McWhorter notes, “Wilson’s portraits run the gamut, picturing outsiders and rebels, holdouts to history and visionaries, enforcers of the laws and those who break them or…defiantly devise their own.” Working cowboys who seem to have leaped from the silver screen share space with gritty scenes of vicious dog fights. Brawny Texas Rangers are countered by debutantes in hundred-pound ball gowns. Wilson’s West is not easily defined—it’s paradoxical and complex—and its residents are anything but one-dimensional. Her photographs suggest that some traditional elements of life in the West continue to thrive in its wide-open spaces, but also that this expansive region tolerates the coexistence of an astonishing range of lifestyles and customs.

Whether you go or not, the exhibition catalog, That Day: Pictures in the American West, shows that Wilson’s subjects range from legendary West Texas cattle ranches to impoverished Plains Indian reservations to lavish border-town cotillions. Also featured are compelling portraits of artists who are associated with the region, including Donald Judd, Ed Ruscha, and Sam Shepard. The unforgettable images in That Day, most of which are previously unpublished, tell sharply drawn stories of the people and places that have shaped, and continue to shape, the nation’s most dynamic and unyielding land. Text from Wilson’s journals accompanies the photographs, recalling her personal experiences behind the camera at the moment when a particular image was captured. With her incisive eye, Wilson casts a fresh light on the West—a topic of enduring fascination.

Wilson has captured the majesty, as well as the tragedy, of her home region of Texas and the wider West for more than three decades. A former assistant to Richard Avedon, she has published her work to wide acclaim over the past twenty-five years.

That Day: Pictures in the American West