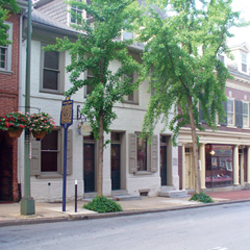 From his first experiences of meeting Miss Universe of 1966 to meeting Ronald Reagan, Gary Lee Boas realized his encounters with "famous" people fed his soul. Rather than just gathering a collection of signatures, Boas soon realized he wanted an image to remember his encounter and started taking pictures with his brownie camera. After finishing high school, Boas pursued his dream to dance on Broadway and this Lancaster native took off for the Big City and studied with Ann Reinking, Bob Fosse's wife. Boas also partook of the nightlife of New York, working at Studio 54 and eventually dancing on Broadway. It was during this time he got to know so many of the "stars" and therefore his photographs of people such as Susan Sarandon, Richard Gere, Julie Christie and others take on a much more personal tone. For the past fifty years Boas' love of theater has driven him to continue to capture his friends and "stars" of the day in his uniquely personal photographs.