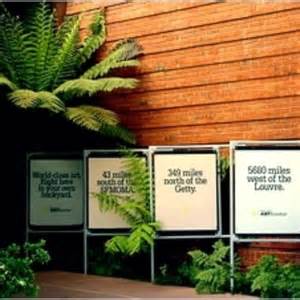 The title of this exhibition, The Butterfly Effect: California Art in the 1970s, was inspired by mathematician Edward Norman Lorenz, who presented a paper in 1972 in which he used a butterfly as the metaphor for chaos theory. He proposed that even something as seemingly small and fragile as the beat of a butterfly’s wings can have great consequences. This exhibition will feature artworks that help tell the story of the chaotic and beautiful events that have shaped many of our present-day perceptions.

The Butterfly Effect looks back at the rich and noisy decade in which the Palo Alto Art Center (the then Palo Alto Cultural Center) was founded. This metamorphic era gave form to the technological advances that created Silicon Valley and the resulting phenomenal growth in population of the San Francisco Bay Area. The 1970s were also a time of great social and political unrest. By the end of the decade, our greater social awareness set into motion many of our present-day perceptions and understandings of our world.

Drawn from art movements that preoccupied Bay Area artists during this pivotal era, the styles seen in this exhibition include Feminism, Pattern & Design, Kinetic Art, Photorealism, Spiritualism, Protest, Light and Space, the Paper Renaissance, and Color Theory. Painting, photography, sculpture, video, collage, assemblage, and printmaking are represented in a variety of ways that demonstrate visual manifestations of a metaphorical butterfly in flight.

Built around the issues that were being addressed in the 1970s, The Butterfly Effect looks at the empowerment of individuals, the transformation of community, divergent spiritual practices, the importance of optimism and the hope of keeping a sense of possibility active. It also features works that demonstrate that this decade foreshadowed the technological advances that made possible the social, personal and business communications that we depend on today to stay connected and informed.