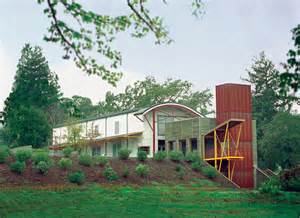 Anchor Brewing illustrator James Stitt has been hand-drawing labels for the San Francisco craft brewing company for 40 plus years. Every year Stitt creates a unique label for the Anchor Steam Christmas Ale, which was first released in 1975. This winter in the Spotlight Gallery, Napa Valley Museum will have on display original artwork, printing proofs, and labels from Stitt’s long history with the iconic Anchor Steam brand.

James Stitt was born and raised in Seattle. He served in the US Navy and subsequently—thanks to the G.I. Bill—attended the Burnley School of Art and Design (now known as the Art Institute of Seattle). Jim re-enlisted and served as a Marine for three years, after which he returned to Seattle to become a hone his skills as a technical illustrator for Boeing. Honored with a scholarship at The Art Center School in Los Angeles (now known as ArtCenter College of Design), Jim married a fellow student, with whom he has three children.

Jim has served as Art Director for many top agencies, including Young & Rubicam, BBDO, Dancer Fitzgerald Sample, Campbell Ewald, and Dailey & Associates. And he has received numerous awards, most notably a Clio and the Art Directors Club of New York Gold Medal. Jim has spent most his many years in Sausalito living on a classic, 1926 fantail powerboat—drawing, painting, and designing labels for San Francisco’s Anchor Brewing Company.

Jim met Fritz Maytag, owner and president of Anchor Brewing from 1965 to 2010, in the early 1970s. His first design for Fritz was the Anchor Porter® label, followed soon after by Liberty Ale®, Old Foghorn® Barleywine-Style Ale, and Anchor’s Christmas Ale. The latter is unique because each year the ale gets a new recipe and a new label—forty-two since 1975!—all but one (1976) designed by Jim Stitt.

More recently, Jim has worked with Anchor Design and Graphics Manager David Burkhart, on a variety of labels from Anchor California Lager® to Go West! IPA™ to a new IPA coming out in 2017. In 2015, he carefully and beautifully redrew and re-watercolored Anchor’s iconic Anchor Steam® Beer label. For over forty years, James Stitt’s philosophy of design has always aligned with Anchor’s: Handmade labels for handmade beers, with each bottle label a miniature poster for the brew within.