Thomas Hart Benton and the Navy 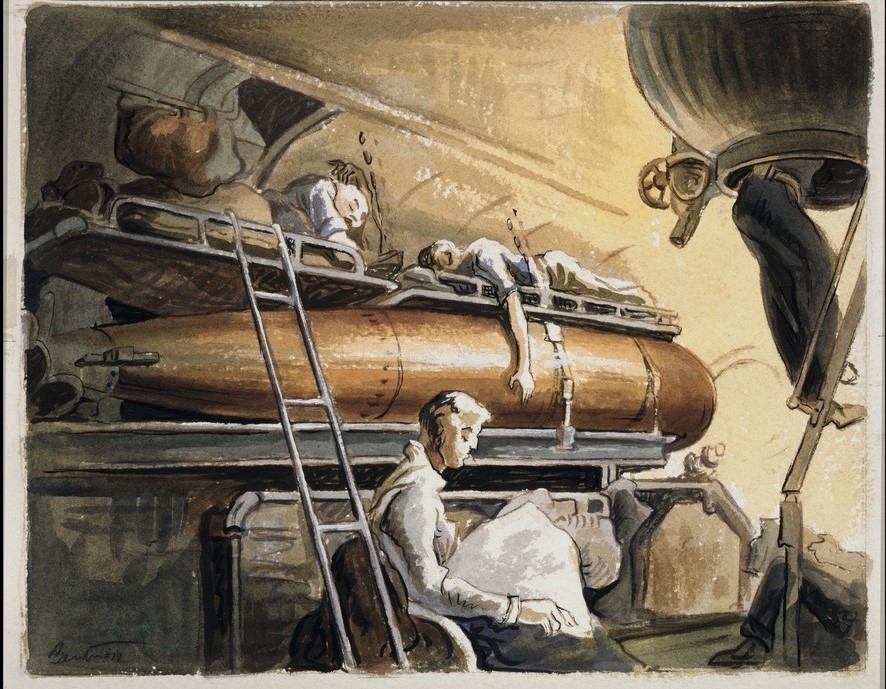 A heroic period in American history as captured by one of the quintessential American painters of the era: That's the story with Thomas Hart Benton and the Navy, an exhibition of steel, smoke, saltwater and sinew all captured in a signature style.

Benton, from a family of powerful political patriarchs, credited his mother for supporting his early studies at the Art Institute of Chicago at 16 and in Paris three years later. When World War I interrupted his artistic training, he put his blossoming artistic skills to good use. He was in the Navy, stationed in Norfolk, tasked with painting ships entering the harbor to document their camouflage schemes.

Over the next two decades Benton became a star as both painter and muralist and helped establish a new art movement known as Regionalism. Along with fellow painters Grant Wood and John Steuart Curry, he rejected Cubism and other European trends in abstraction, depicting instead familiar stories from the American heartland in a seductive and lyrical style. One of the first color covers of Time magazine featured Benton, a pugnacious, hard-drinking man of many talents. He was a dandy writer, and as a harmonica player, he was good enough to cut a record.

Benton was on a speaking tour when he learned of the attack on Pearl Harbor, and he secluded himself for six weeks to produce eight powerful—some would say disturbing—paintings for the war effort, The Year of Peril. That work brought him to the attention of Abbott Laboratories, a Chicago pharmaceutical company that wound up underwriting Benton's work throughout the war. Abbott later donated many of Benton's World War II era paintings to the United States Naval History and Heritage Command, which generously lent them for this exhibition.

Of special poignancy here are submarine paintings from the USS Dorado (SS 248). Just weeks after Benton finished his work aboard the sub, it was lost in action with all hands.