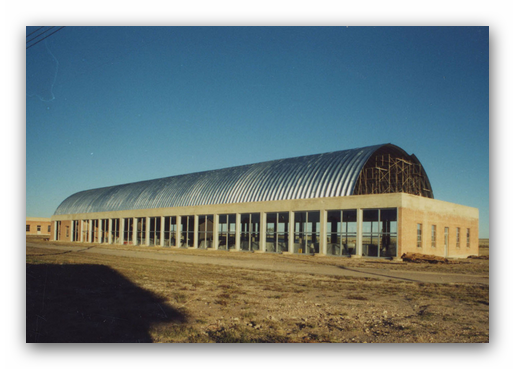 In the Ice Plant in downtown Marfa, Chinati is exhibiting, for the first time, two stainless steel, five-part floor works by Donald Judd. Both untitled (U Channel,1980, and V Channel, 1982), each work is composed of five open frame-like structures in brushed metal, each element approximately 5 feet high and 15 feet wide, sitting equally spaced and directly on the floor. The difference between the two works is the contour of their structure: one has a V profile and the other a squared-off U.

These works are one of two groups of large-scale interior works by Donald Judd whose exhibition coincided with Chinati Weekend, October 7-9, 2016. Both the horizontal wall works and free-standing floor pieces are drawn from the museum’s permanent collection. The two groups of work are on view until August 2017.