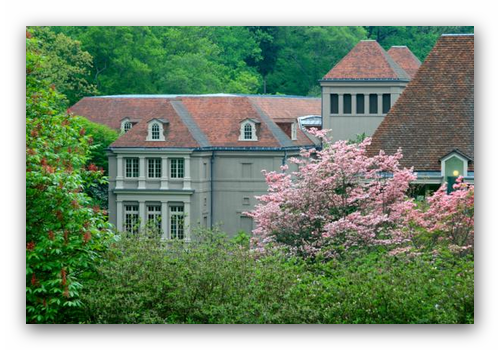 Made in the Americas: The New World Discovers Asia

Bring on the bling! Explore an eye-catching display of Asian-influenced masterpieces from around the world in the exhibition Made in the Americas: The New World Discovers Asia — called "A sumptuous show" by The Boston Globe and "scintillating" by The Wall Street Journal.

The exhibition examines the profound influence of Asia on the arts of the colonial Americas. Featuring some of the most extraordinary objects produced in the Americas, this scholarly exhibition is the first, Pan-American study to explore how craftsmen across North, Central, and South America adapted Asian styles in a range of media—from furniture to silverwork, textiles, ceramics, and painting. Exquisite objects from Mexico City, Lima, Quito, Boston, New York, and Philadelphia, dating from the 17th to the early 19th centuries, include folding screens made in Mexico in imitation of imported Japanese and Chinese screens, blue and white talavera ceramics copied from imported Chinese porcelains, and luxuriously woven textiles made to replicate fine silks and cottons imported from China and India.