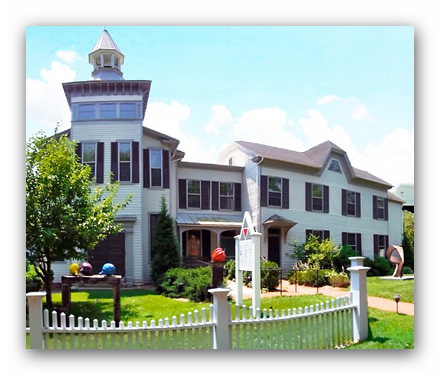 Donna Dodson is an American sculptor who has been honored with solo shows nationwide for her artwork. In addition, her goddess sculptures have been exhibited internationally in sculpture parks and art museums. In 2011, she participated in the Verbier 3D Foundation’s Artist Residency and Sculpture Park in the Swiss Alps. In 2012, 2013 and 2014, she was featured at the Fountain Art Fair in New York City’s historic 69th Regiment Armory Building. In 2013, she returned to Europe to exhibit her artwork in the Netherlands and to complete a private commission for a Swiss collector. In 2014, she participated in a residency in Cusco Peru at the Escuela de Bellas Artes that culminated in an exhibition at Museo Convento de Santo Domingo Qorikancha with the Boston Sculptors Gallery. In 2015, her solo show “ The Chinese Zodiac Series” was met with critical acclaim. She will have her first solo museum show of “Mermaids” in 2016 at the New Bedford Art Museum.

Dodson is a graduate of Wellesley College. She enjoys public speaking and has been a guest speaker at conferences and panels in museums and universities throughout North America. Dodson regularly contributes articles to newspapers, magazines and blogs that demonstrate the economic impact and global reach of the arts sector. She recently contributed an introduction to the monograph “ The Contemporary Art of Nature: Mammals” by Ashley Rooney.

Andy Moerlein is an internationally-exhibited sculptor. His work has been shown in museums, sculpture gardens, and galleries from Alaska to New York and Switzerland to Peru. Moerlein has an extensive resume of public artworks and site specific monumental outdoor sculptures. His installation work has been featured indoors at the Herbert F. Johnson Museum of Art at Cornell University, Ithaca, NY; the Hood Museum of Art at Dartmonth College, Hanover, NH; the Currier Museum of Art, Manchester, NH; and the Everson Museum of Art, Syracuse, NY. In 2011, he participated in the Verbier 3D Foundation’s Artist Residency and Sculpture Park in the Swiss Alps. In 2012, he was the Artist in Residence at the Fruitlands Museum in Harvard, MA. In 2013, he worked in residence in Cusco, Peru and produced work for exhibition at the Qorikancha Museum. In 2014, he carved granite at Contemporary Arts International’s Carving Symposium “Art Archeology.” His new installation “Impossible” is in Muskegon, MI. He is featured at the Truro Center for the Arts. where he was awarded the Distinguished Chair in 2015. Moerlein has been an arts advocate, gallery director, educator, and professional juror for over 30 years. Moerlein holds a BA from Dartmouth College and an MFA from Cornell University. Dodson and Moerlein live outside Boston, MA.