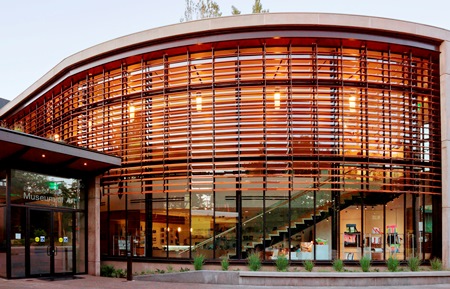 I began studying art design in second grade as I spied on a classmate’s use of color for “November,” a seasonally themed picture outline we were given each month by our teacher, Mrs. Turner. Color became an obsession thereafter. My grandmother Alice taught me embroidery with crazy quilt stitching when I was nine and introduced me to nature with a devoted hand toward plants. With leaves & flowers, needle & thread, I entered the world of craft making. It was my mother who made me the family story keeper.

I was introduced to letterpress printing in 1989 by Rayna Holtz and Mary Shackelford at Laughing Dog Press on Vashon Island, WA. After a yearlong apprenticeship, I designed, and printed my first book, Making Poetry Appear. With no motor or treadle on the Chandler & Price, I turned the wheel and fed the paper by myself. Influenced by the vision of Rayna and Mary, I launched May Day Press on May 1st, 1992. I now print on a Vandercook 4 and a 10x15 C&P located by the South Salish Sea, near Shelton, WA. Here I work amidst cedars, ravens, and eagles overhead, and trilliums, salal, and mahonia underfoot. In 2011, to re-inform my art practice, I enrolled in The Evergreen State College in Olympia where I focused on film & video and writing creative non-fiction.

Through artist books my creative worlds merge: I gravitate to plants for image making, immerse myself in research, collect, and write. I bring image and text together through needle and thread, highlighting sewing in much of my work. Recently influenced by early 20th century poets and book artists who were inspired by the moving image at the advent of film and who largely drove the experimental film movement in Europe, I straddle the 15th century of letterpress and the 21st century of film and videography, reveling in moving word and image on the screen through light, sound, and color.