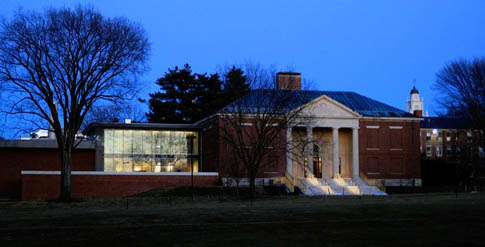 Throwing Up Bunnies: The Irreverent Interlopings of Triple Candie, 2001–2016

Created and run by art historians Shelly Bancroft and Peter Nesbett (Phillips Academy Class of 1984), Triple Candie—initially a non-profit art gallery founded in Harlem in 2001—first gained attention for organizing D.I.Y. retrospectives without artists’ permissions or artwork— instead, it used printed reproductions and surrogates. Later, it promoted the work of fictional artists, exhibited broken bottles and rocks as historical artifacts, and hired an actor to protest one of its exhibitions. Vilified by some, revered by others, and always generating lively discussion, Triple Candie was called “Manhattan’s one truly alternative alternative space” by The New York Times and “one of the most mysterious and contemporary art institutions on the contemporary scene” by the Milan-based publication Domus. While the gallery in Harlem no longer exists, Triple Candie continues to produce exhibitions that are presented throughout the world with the goal of posing fundamental questions about the value of art and the nature of artistic experience.

The Addison will present the first U.S. museum survey on Triple Candie in January 2017. Prior to the exhibition, Bancroft and Nesbett will serve as this fall’s Edward E. Elson Artists-in-Residence to collaborate with students on an outdoor installation.