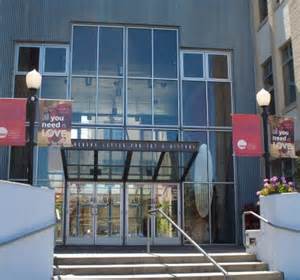 We Who Work: Prints and Tapestries by Hung Liu

Explore tapestries and mixed media prints by artist Hung Liu– one of the most renowned Chinese artists living in United States today. Using historical Chinese photographs, Hung Liu creates large scale work that brings unavoidable visibility to figures too often forgotten– prostitutes, refugees, shoemakers, and more. This exhibition will study one of Liu’s most prominent subjects: laborers. From motherhood to soldering, Hung Liu begs us to consider how work liberates and occupies us. What is considered work? What is not? Through Liu’s evocative prints and tapestries as well as tools from Community members, we invite you to investigate the ways in which work affects our lives— personally, historically, physically, and beyond.

Hung Liu was born in Changchun, China in 1948, growing up under the Maoist regime. Trained in Socialist Realisim, Liu studied mural painting at the Central Academy of Fine Art in Beijing, before immigrating to the US in 1984 to attend the University of California, San Diego. A two time recipient of a National Endowment for the Arts Fellowship in painting, Liu also received a Lifetime Achievement Award in Printmaking from the Southern Graphics Council International in 2011. She exhibits internationally, and her work resides in prestigious private and institutional collections around the world. Hung Liu currently lives in Oakland and is a tenured professor in the Art Department at Mills College.