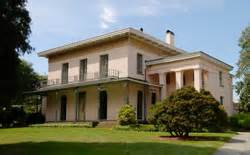 Changing Visions: Prints, Drawings, and Photographs During the Weimar Republic and After

Founded in 1919 after Germany's defeat in World War I, at a time of revolution and reaction, the Weimar Republic in Germany lasted only fourteen short years until the seizure of power by Adolf Hitler and the establishment of the Third Reich in 1933. Yet during these fourteen years, artists thrived in an atmosphere of radical change and possibility. This exhibition from the permanent collection explores the creative ferment during the Weimar Republic, and the travels of artists after 1933, as many fled Germany or retreated to the countryside.

Otto Dix and George Grosz created biting social satire as part of the Berlin Dada group. Käthe Kollwitz advocated for women and for the poor. The Bauhaus school promoted radical clarity in design, with faculty members including Josef Albers, Lyonel Feininger, and Wassily Kandinsky. Photographic visions expanded not only at the Bauhaus, but also with August Sander and his attempt to fully catalog German social classes. Ilse Bing started her photographic career in Frankfurt and continued in Paris, then New York. This time of possibility in Germany stopped dramatically in 1933, when the National Socialist government condemned most modern art, in favor of heroic academic realism. The rejection of modernism culminated in the infamous exhibition which opened in Munich in 1937, titled Entartete Kunst (Degenerate Art). Many artists fled Germany and brought the creativity fostered during the Weimar Republic to new audiences in Europe and the Americas.