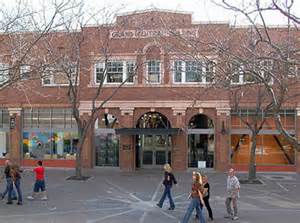 Late night on the shore… The old Fisherman sits next to the fire and recalls his youth… He falls asleep and the audience falls into an unexplored territory – poetic and absurd, full of surprises, tunnel book illusions, shifts of dimensions. A magnificent world of Toy Theater, the smallest medium of the performance art, presented by a multidisciplinary artist and musician Yulya Dukhovny.

Dukhovny centers on a contemporary interpretation of the traditional paper theater, originated from 19th Century Europe. She finds this miniature performance art a great dramatic form of narrative. Her shows incorporate object based performance, experimental puppetry, physical theater, video and original music. As the artist states, “Trying to create an intimate dialogue between the spectator and the object, I believe each viewer has a natural talent to discover his own life experience through a visual metaphor.”

Toy theater-installation The Fisherman’s Dream – an interplay of three related objects. This miniature stage invites the viewer to discover an interaction between the still object and the moving image. These are the actual proscenium (theater arch), stage and sets from the 30-minute show (which will be performed at GCAC, dates TBA) where all characters are paper figures. Each figure has 2-3 moving parts and is animated by the performer while the two cardboard curtains open and close to reveal the next exciting scene. The grooved wooden stage, in which figures move on slides invisible to the audience, represents a traditional way to perform Toy Theater play.

To quote the artist, “In the beginning, the close-up video of sets and figures was not a part of my plan. A spontaneous idea to take a few random photographs of the figures brought me to the shore. The Old Fisherman’s cardboard hovel and a string with the poor laundry (going from the broken wash-tub onto a tree) have been set into sand. The ocean made a beautiful background to small paper scenery. I looked at the camera frame and what I saw there, astonished me! A big decision had to happen that day. The work on the piece completely changed its direction and lasted another year.” The video and the sound took the major role in the show.

“Silent film” stylized video explores visual language of both image and music. A video projection comes onto the paper screen, offering an extra layer to the story. The original piano score composed to create a “silent film” well-known effect, the ears always participate in the act of seeing. The dialogues between the “actors” appear as titles.